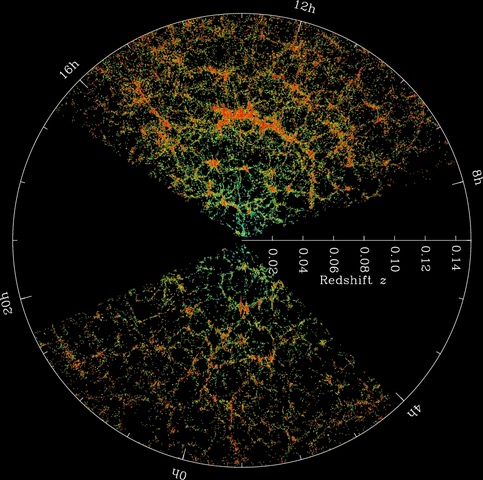 A University of Wisconsin analysis has shown that our galaxy resides in an enormous void -- a region of space containing far fewer galaxies, stars, and planets than expected. This idea that we exist in one of the holes of the Swiss cheese structure of the cosmos helps explain inconsistencies in the measurement of the Hubble Constant, the unit that cosmologists use to describe the rate at which the universe is expanding. No matter what technique one uses, we should get the same value for the expansion rate of the universe, but we don't. The reason is that the void has far more matter outside, which exerts a larger gravitational pull towards the inside "wall" of the void. This affects the Hubble Constant value as measured from a technique that uses supernovae, while it has no effect on the value derived from a technique that uses the Cosmic Microwave Background.