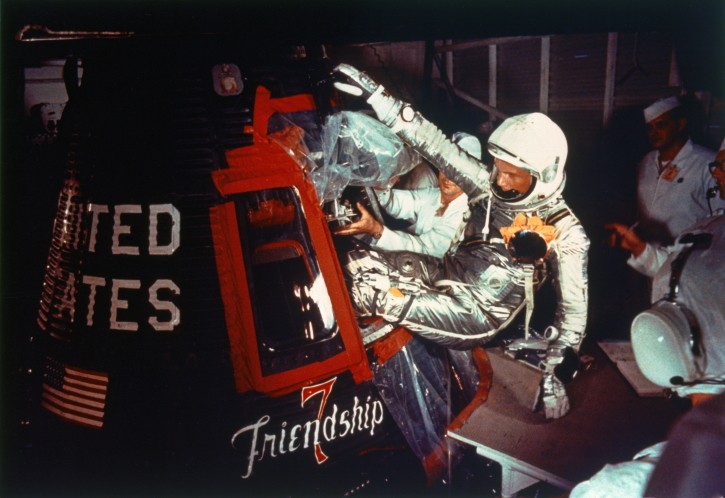 Sixty years ago today, on February 20, 1962, astronaut John H. Glenn Jr. became the first American to orbit the Earth. While Glenn's flight on Friendship 7 was a glorious national triumph, problems arose during the mission that could have spelled disaster. The most nervous moments of the flight came before and during reentry, when a signal received on the ground (erroneously, as it turned out) indicated that the capsule's heat shield had come loose. At one point during reentry, Glenn thought his shield was burning up and breaking away. But everything worked out well and he splashed down safely 40 miles short of his target. Glenn returned to Earth a national hero.