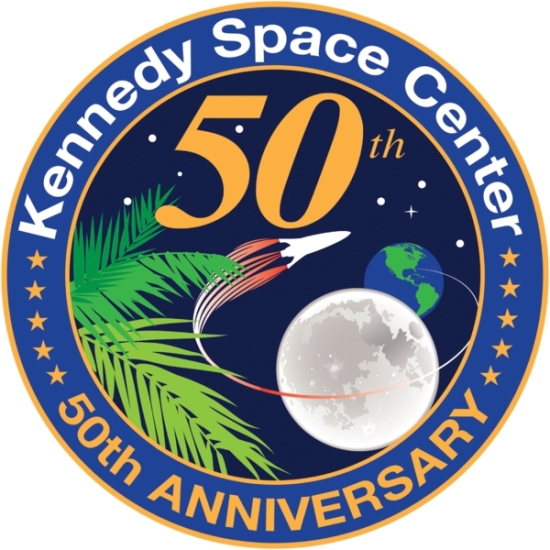 A half century ago, launch pads and towers rose one by one above the scrub land, dotting the shoreline of Florida's East coast. By 1960, the "Missile Firing Laboratory" had become an extension of NASA's Marshall Space Flight Center.

On July 1, 1962, NASA officially activated the Launch Operations Center at the seaside spaceport, granting the center equal status to Marshall and offering the center's new director, Dr. Kurt H. Debus, a direct report to the agency's headquarters in Washington, D.C. The following year the center was renamed to honor the president who put America on the path to the moon.

NASA's John F. Kennedy Space Center has helped set the stage for America's adventure in space for five decades. The spaceport has served as the departure gate for every American manned mission and hundreds of advanced scientific spacecraft. From the early days of Project Mercury to the Space Shuttle Program and International Space Station, from the Hubble Space Telescope to the Mars rovers, the center enjoys a rich heritage in its vital role as NASA's processing and launch center.

Fifty years after NASA's establishment of the spaceport that would launch men to the moon and probes to investigate the far reaches of our solar system, Kennedy Space Center is in a state of transition to include commercial utilization and deep space exploration.

Today at Launch Complex 39, no rockets fill the processing bays. No countdowns echo through the launch pads.

Change is on the way.

The Greek philosopher Heraclitus proposed that change is central to the cosmos, that an ongoing process of change is the universal constant.

And although change is exciting, it can be hard.

"Hard" is a way of life, though, embraced by every director, engineer, technician and support staff member employed at Kennedy. The drive to tackle any challenge on the horizon was implanted in the center's collective psyche 50 years ago by the president for whom the center is named.

"We choose to go to the moon in this decade and do the other things, not because they are easy, but because they are hard," President John F. Kennedy told an audience at Rice University in Houston on Sept. 12, 1962, just weeks after the center's founding on July 1 and five days before nine new astronauts were named to join the original seven Mercury astronauts in training for projects Gemini and Apollo.

Those goals, Kennedy felt, "will serve to organize and measure the best of our energies and skills, because that challenge is one that we are willing to accept, one we are unwilling to postpone, and one which we intend to win, and the others, too."

Change was the guiding principle of NASA's decision-makers as Kennedy's facilities and operations took shape.

"Five years ago, when we were first developing the concept for what is now known as Launch Complex 39, consideration was given to designing it as a fixed facility limited to the needs of the then-known Apollo Program," Kennedy's first center director, Dr. Kurt Debus, explained in 1967 at the American Astronautical Society's 13th annual meeting on the "Commercial Utilization of Space."

"It was apparent, however, that with the sums of money involved, it would be desirable to interpolate known trends and provide a facility of the future as well," Debus said.

"Upon advisement, both Congressional and NASA leaders agreed, and it (Kennedy Space Center) was developed as a national resource to meet the needs of known as well as potential requirements where it was economically feasible to do so. The result was the mobile launch concept."

When asked what he thought about President Kennedy's decision to send astronauts to the moon during an interview for a NASA history project in 2002, Scherer said: "At first, I thought it was crazy, and then I realized he was a lot smarter than I was. I think that was terrific in that it started the whole space business for our country."

"He was right when he said we're going not because it's easy but because it's hard, and it resulted in the development of things that we would never have dreamed of if we hadn't. And it's scary to look back and say we wouldn't have done this or that or the other if the public wasn't fully behind it at that time."

Kennedy, from its infancy, was designed with the capability to support the hard transition to commercial utilization and deep space exploration at its core.

As the nation prepares to embark on a new chapter in space exploration, Kennedy will continue to make history as America's spaceport.