Large Hadron Collider Starts Season 2 -- The Path of the Protons 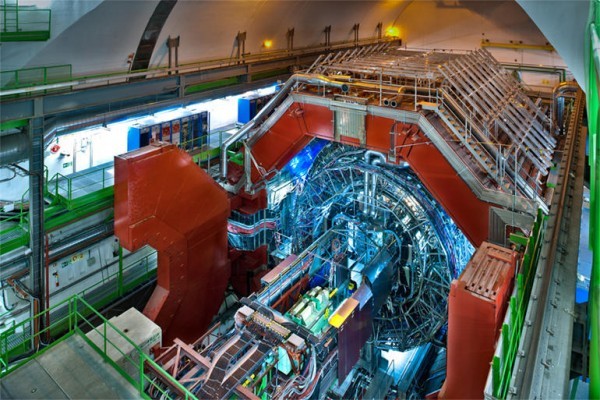 On June 3, 2015, CERN's Large Hadron Collider (LHC) started delivering physics data for the first time in 27 months. After an almost two year shutdown and several months of re-commissioning, the LHC is now providing collisions to all of its experiments at the unprecedented energy of 13 TeV (Tera Electron Volts or trillion electron volts), almost double the collision energy of its first run. This marks the start of season 2 at the LHC, opening the way to new discoveries. The LHC will now run round the clock for the next three years.

"With the LHC back in the collision-production mode, we celebrate the end of two months of beam commissioning," said CERN Director of Accelerators and Technology Frederick Bordry. "It is a great accomplishment and a rewarding moment for all of the teams involved in the work performed during the long shutdown of the LHC, in the powering tests and in the beam commissioning process. All these people have dedicated so much of their time to making this happen."

By 10:40 AM local time, the LHC operators declared "stable beams," the signal for the LHC experiments that they can start taking data. Beams are made of "trains" of proton bunches moving at almost the speed of light around the 27 kilometer ring of the LHC. These so-called bunch trains circulate in opposite directions, guided by powerful superconducting magnets. Today the LHC was filled with 6 bunches each containing around 100 billion protons. This rate will be progressively increased as the run goes on to 2808 bunches per beam, allowing the LHC to produce up to 1 billion collisions per second.

During the first run of the LHC, the ATLAS and CMS experiments announced the discovery of the Higgs boson, which was the last piece of the puzzle known as the Standard Model, a theory that describes the fundamental particles from which everything visible in the universe is made, along with interactions at work between them.

"The first 3-year run of the LHC, which culminated with a major discovery in July 2012, was only the start of our journey. It is time for new physics!" said CERN Director General Rolf Heuer. "We have seen the first data beginning to flow. Let's see what they will reveal to us about how our universe works."

With run 2, physicists have the ambition to further explore the Standard Model and even to find evidence of new physics phenomena beyond its boundaries, which could explain remaining mysteries such as dark matter, believed to make up about a quarter of the universe, or nature's apparent preference for matter over antimatter, without which we would not exist.

Over the two-year shutdown, the four large experiments ALICE, ATLAS, CMS, and LHCb also went through an important program of maintenance and improvements in preparation for the new energy frontier.

"The collisions we are seeing today indicate that the work we have done in the past two years to prepare and improve our detector has been successful and marks the beginning of a new era of exploration of the secrets of nature," said CMS spokesperson Tiziano Camporesi. "We can hardly express our excitement within the collaboration -- This is especially true for the youngest colleagues."

"The successful restart of physics data-taking, with all systems in great shape to collect, process, and analyze the new data quickly, is a testament to the commitment and immense hard work of very many people from across ATLAS during the long shutdown," said ATLAS spokesperson Dave Charlton. "We are now starting to delve into the new data to see what nature has in store for us at these new unexplored energies."

"All within the collaboration are tremendously excited that the new run has now begun," said LHCb spokesperson Guy Wilkinson. "It will allow us to follow up on puzzles from our Run 1 studies, and to probe with higher sensitivity the difference in behaviour between matter and antimatter."

"Proton-proton collisions will provide essential reference data for the run with heavy-ion beams foreseen for the end of the year, in which the LHC will provide both higher energy and luminosity as compared to Run 1," said ALICE spokesperson Paolo Giubellino. "In addition, we plan to extend the exploration of the intriguing signals that have emerged from Run 1.”

In addition to these large collaborations, three smaller experiments -- TOTEM, LHCf, and MoEDAL -- will be among those searching for new physics at the LHC's new energy frontier of 13 TeV.

This animation shows how the Large Hadron Collider works -- The Path of the Protons. (Video Credit: CERN)

The film begins with an aerial view of CERN near Geneva, with outlines of the accelerator complex, including the underground Large Hadron Collider (LHC), 27 km in circumference. The positions of the four largest LHC experiments, ALICE, ATLAS, CMS, and LHCb are revealed before we see protons traveling around the LHC ring.

The proton source is a simple bottle of hydrogen gas. An electric field is used to strip hydrogen atoms of their electrons to yield protons. LINAC 2, the first accelerator in the chain, accelerates the protons to the energy of 50 MeV.

The beam in one pipe circulates clockwise while the beam in the other pipe circulates counter-clockwise, increasing in energy until they reach 6.5 TeV. Beams circulate for many hours inside the LHC beam pipes under normal operating conditions. The two beams are brought into collision inside four detectors -- ALICE, ATLAS, CMS, and LHCb -- where the total energy at the collision point is equal to 13 TeV.

Collisions occur once every 25 nanoseconds, the trigger level 1 performs ultrafast event selection before data move to trigger levels 2 and 3 at the PC farm. Selected event data are then sent to the CERN data center that performs initial data reconstruction and makes a copy of the data for long-term storage, while raw and reconstituted data are sent to the Computing Grid.

The Worldwide LHC Computing Grid infrastructure includes two "Tier 0" sites, one at CERN and one in Budapest, Hungary, as well as further smaller computing sites located around the world. As collision data increases, physicists build up enough statistics to test theoretical predictions, such as the prediction of a Higgs Boson, discovered in the data from the LHC's first physics run (shown as a bump in the graphs in the animation). The LHC allows physicists to probe the nature of matter. The new higher collision energy of 13 TeV opens up new frontiers in particle physics.


CERN, the European Organization for Nuclear Research, is the world's leading laboratory for particle physics. It has its headquarters in Geneva. At present, its member states are Austria, Belgium, Bulgaria, the Czech Republic, Denmark, Finland, France, Germany, Greece, Hungary, Israel, Italy, the Netherlands, Norway, Poland, Portugal, Slovakia, Spain, Sweden, Switzerland, and the United Kingdom. Romania is a Candidate for Accession. Serbia is an Associate Member in the pre-stage to Membership. Turkey is an Associate Member. India, Japan, the Russian Federation, the United States of America, the European Union, JINR, and UNESCO have observer status.