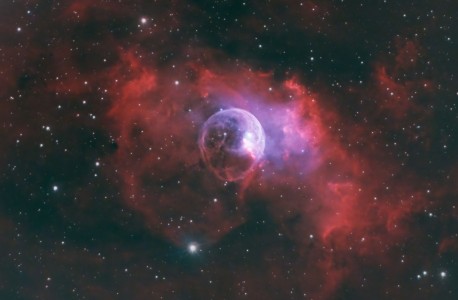 NASA Mission Returns with a Piece of the Sun 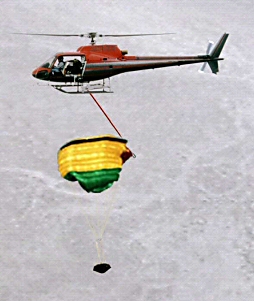 "The Genesis mission -- to capture a piece of the Sun and return it to Earth -- is truly in the NASA spirit: a bold, inspiring mission that makes a fundamental contribution to scientific knowledge," said Steven Brody, NASA's program executive for the Genesis mission, NASA Headquarters, Washington.

On September 8, 2004, the drama will unfold over the skies of central Utah when the spacecraft's sample return capsule will be snagged in midair by helicopter. The rendezvous will occur at the Air Force's Utah Test and Training Range, southwest of Salt Lake City.

"What a prize Genesis will be," said Genesis Principal Investigator Dr. Don Burnett of the California Institute of Technology, Pasadena, Calif. "Our spacecraft has logged almost 27 months far beyond the moon's orbit, collecting atoms from the Sun. With it, we should be able to say what the Sun is composed of, at a level of precision for planetary science purposes that has never been seen before."

The prizes Burnett and company are waiting for are hexagonal wafers of pure silicon, gold, sapphire, diamond and other materials that have served as a celestial prison for their samples of solar wind particles. These wafers have weathered 26-plus months in deep space and are now safely stowed in the return capsule. If the capsule were to descend all the way to the ground, some might fracture or break away from their mountings; hence, the midair retrieval by helicopter, with crew members including some who have performed helicopter stunt work for Hollywood.

"These guys fly in some of Hollywood's biggest movies," said Don Sweetnam, Genesis project manager at NASA's Jet Propulsion Laboratory in Pasadena, Calif. "But this time, the Genesis capsule will be the star."

The Genesis capsule -- carrying the agency's first sample return since the final Apollo lunar mission in 1972, and the first material collected beyond the Moon -- will enter Earth's atmosphere at 9:55 am Mountain Time. Two minutes and seven seconds after atmospheric entry, while still flying supersonically, the capsule will deploy a drogue parachute at 33 kilometers (108,000 feet) altitude. Six minutes after that, the main parachute, a parafoil, will deploy 6.1 kilometers (20,000 feet) up. Waiting below will be two helicopters and their flight crews looking for their chance to grab a piece of the Sun.

"Each helicopter will carry a crew of three," said Roy Haggard, chief executive officer of Vertigo Inc. and director of flight operations for the lead helicopter. "The lead helicopter will deploy an eighteen-and-a-half foot long pole with what you could best describe as an oversized, Space-Age fishing hook on its end. When we make the approach we want the helicopter skids to be about eight feet above the top of the parafoil. If for some reason the capture is not successful, the second helicopter is 1,000 feet behind us and setting up for its approach. We estimate we will have five opportunities to achieve capture."

The helicopter that does achieve capture will carry the sample canister to a clean room at the Michael Army Air Field at the U.S. Army Dugway Proving Ground, where scientists await their cosmic prize. The samples will then be moved to a special laboratory at NASA's Johnson Space Center, Houston, where they will be preserved and studied by scientists for many years to come.

"I understand much of the interest is in how we retrieve Genesis," added Burnett. "But to me the excitement really begins when scientists from around the world get hold of those samples for their research. That will be something."

News and information are available at http://www.nasa.gov/genesis