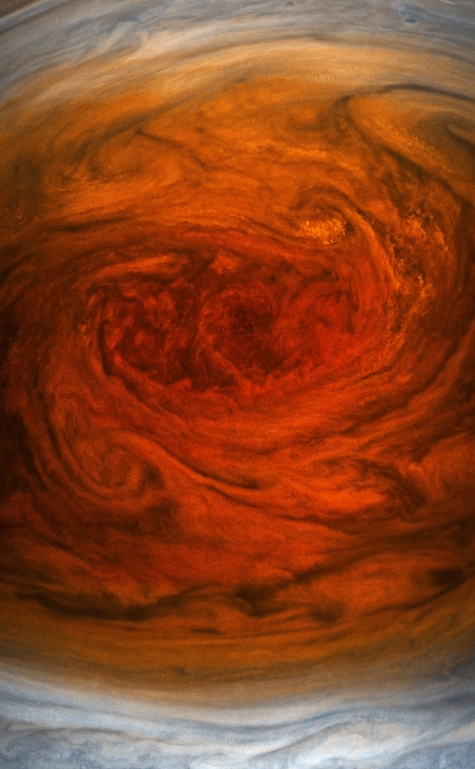 NASA's Juno mission completed a close flyby of Jupiter and its Great Red Spot on July 10, 2017, during its sixth science orbit. Just days after celebrating its first anniversary in Jupiter orbit, the Juno spacecraft flew directly over the planet's Great Red Spot, the gas giant's iconic, 10,000 mile wide (16,000 kilometer wide) storm. This was humanity's first up-close view of the gigantic feature -- a storm monitored by astronomers since 1830, and possibly existing for centuries before that.