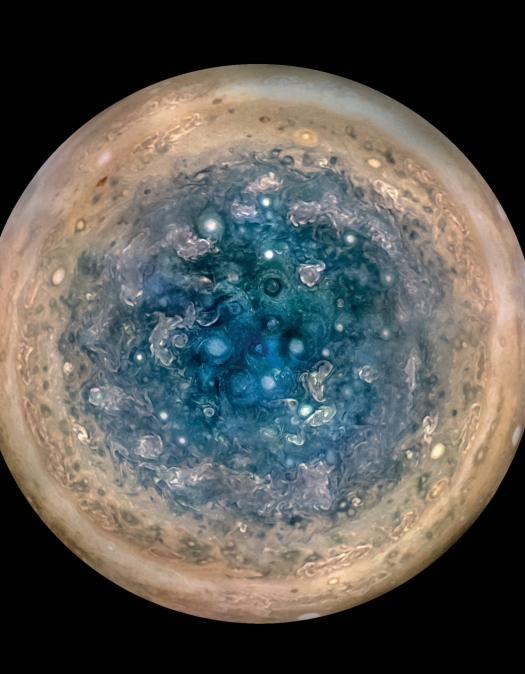 NASA's Juno mission to Jupiter is the second spacecraft designed under its New Frontiers Program. The first was the New Horizons mission to Pluto, which flew by the small planet in July 2015 after a nine and a half year flight. Early science results from NASA's Juno mission to Jupiter portray the largest planet in our Solar System as a complex, gigantic, turbulent world, with Earth-sized polar cyclones, plunging storm systems that travel deep into the heart of the gas giant, and a mammoth, lumpy magnetic field. With its suite of science instruments, Juno will investigate the possible existence of a solid planetary core, map Jupiter's intense magnetic field, measure the amount of water and ammonia in the deep atmosphere, and observe the planet's auroras.