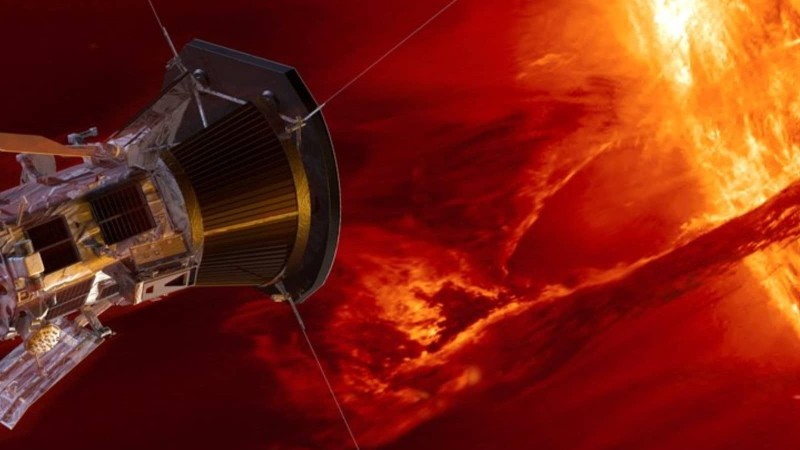 For the first time in history, a spacecraft has touched the Sun. NASA’s Parker Solar Probe has now flown through the Sun’s upper atmosphere – the corona – and sampled particles and magnetic fields there. At its closest approach toward the end of its seven-year mission, Parker Solar Probe will swoop within 3.83 million miles of the solar surface. That will place Parker well within the Sun's corona, a dynamic part of its atmosphere that scientists think holds the keys to understanding much of the Sun's activity. The current record-holder was a spacecraft called Helios 2, which came within 27 million miles. To put this in perspective, Mercury orbits at about 36 million miles from the Sun. Parker Solar Probe will also break the record for the fastest spacecraft in history. During its final orbits, closest to the Sun, the spacecraft will reach speeds up to 430,000 mph. That's fast enough to travel from New York to Tokyo in less than a minute.