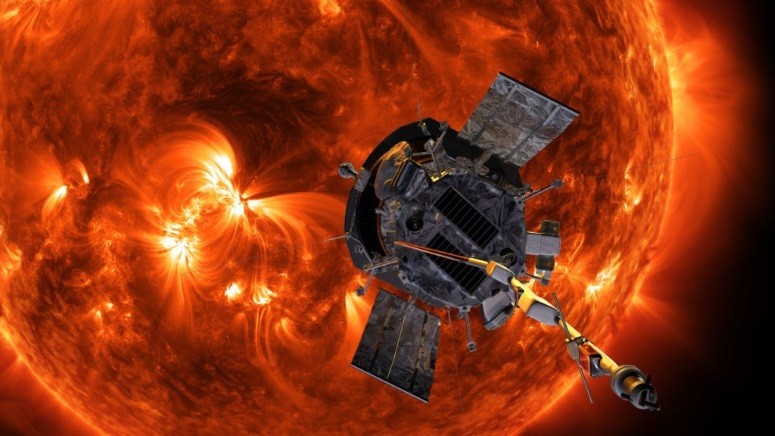 The Sun is revealing itself in dramatic detail and shedding light on how other stars may form and behave throughout the universe, all thanks to NASA's Parker Solar Probe. The spacecraft is enduring scorching temperatures to gather data, which is being shared for the first time in new studies that illuminate previously unknown and only theorized characteristics of our volatile celestial neighbor. The information Parker has uncovered about how the Sun constantly ejects material and energy will help scientists rewrite the models they use to understand and predict the space weather around our planet, and understand the process by which stars are created and evolve. During its initial flybys, Parker studied the Sun from a distance of about 15 million miles. That is already closer to the Sun than Mercury. But the spacecraft will get even closer in the future, as it travels at more than 213,000 mph -- faster than any previous spacecraft.