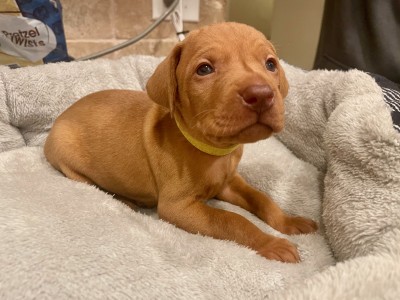 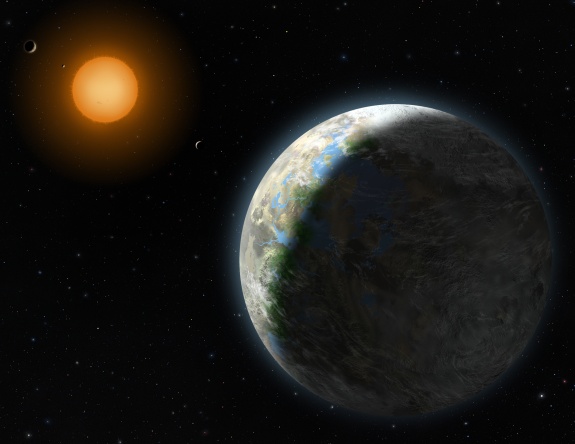 A team of planet hunters led by astronomers at the University of California, Santa Cruz (UC Santa Cruz) and the Carnegie Institution of Washington has announced the discovery of an Earth-sized planet orbiting a nearby star at a distance that places it squarely in the middle of the star's "habitable zone," where liquid water could exist on the planet's surface. If confirmed, this would be the most Earth-like exoplanet yet discovered and the first strong case for a potentially habitable one.

Thanks to Mike Selz for finding this and pointing it out to me. <br><br>(Thanks for finding the news item that is, not the exoplanet)<br><br>Thanks, <br><br>Guy Pirro <br>

Youre very welcone! it'd of been even nicer to find the exoplanet, but we cant have it all, lol :0)

I agree wholeheartedly with those who argue that the likelihood of our detecting evidence for EVOLVED life is astronomically smaller than the likelihood of our detecting the DESIGNED "progeny" of evolved life. That is, while an advanced technological civilization may explore its "local" space "in person", for the much grander task of setting forth across vast distances and times it will have designed and built self-replicating robotic devices and sent them out as proxies. These proxies, it is safe to assume, will be able to survive in a much wider range of environments than their evolved "ancestors." By restricting our search to Goldilocks zones we're making a big mistake.<br><br>Addendum: I see that my comment is a little misguided, in that the search for conditions that can support life as we know it is meant to answer the question of whether those conditions often produce the "Replication Bomb" (to use Dawkins' term) that is organic evolution, whether "intelligent" or not. That's of course a worthwhile search, but still, I believe we're far more likely to encounter the DESIGNED "progeny" of evolved intelligent life before encountering evolved intelligence itself.