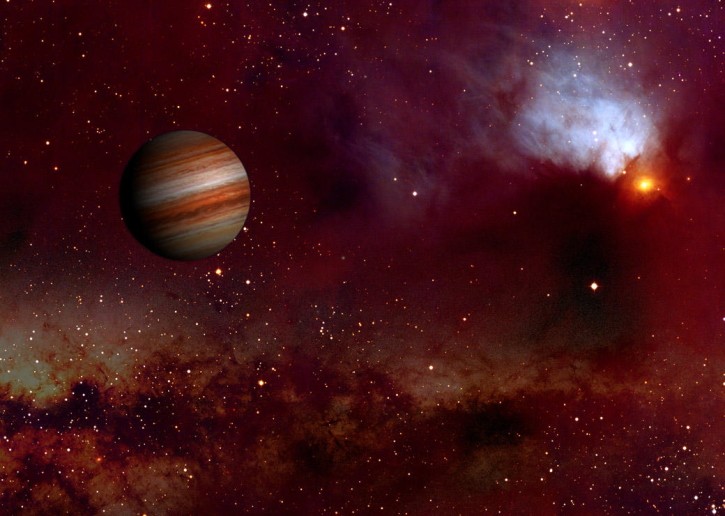 Rogue planets are elusive cosmic objects that have masses comparable to those of the planets in our Solar System but do not orbit a star, instead roaming freely on their own. Possible examples of rogue planets have been found before, but without knowing their ages, it was not possible for astronomers to know whether they were really planets or brown dwarfs - failed stars that lack the bulk to trigger the reactions that make stars shine. These objects started to become known in the 1990s when astronomers found that the point at which a brown dwarf crosses over into the planetary mass range was difficult to determine. Not many were known until now, but the astronomers at the University of Bordeaux in France have just discovered between 70 and 170 new rogue planets in the Milky Way. This is the largest collection of rogue planets ever discovered at one time and if extrapolated, could indicate that there are several billion of these giant rogue planets roaming freely in the Milky Way without a host star.

I've often thought there might be Jupiter-sized planets elsewhere that, like Jupiter, just lacked enough mass to become full-fledged stars in their own right. Now we have more evidence of it. Of course we have other examples of intergalactic wanders such as certain globular stars clusters such as NGC 2419, currently visible in the constellation of Lynx. I'm not sure what to make of the blackholes mentioned in the article at this point. Perhaps the James Webb telescope will provide more insight on these...

An excellent read, thanks!

I'm glad you enjoyed the posting.