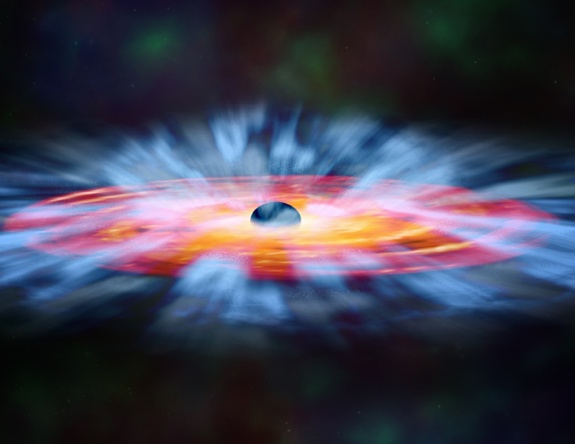 A fleet of spacecraft including NASA's Hubble Space Telescope has uncovered unprecedented details in the surroundings of a supermassive black hole in the distant galaxy Markarian 509. Unlike popular belief, not all the matter around a black hole is swallowed up. Supermassive black holes at the hearts of active galaxies swallow large amounts of gas. However, during this feast they spill a lot of their "food," which is discharged in turbulent outbursts. An international team of astronomers has revealed some striking features of such an outburst around a supermassive black hole. They found a very hot "convertor" corona hovering above the black hole and cold gas "bullets" in hotter diffuse gas, speeding outwards with velocities up to 700 km/s.