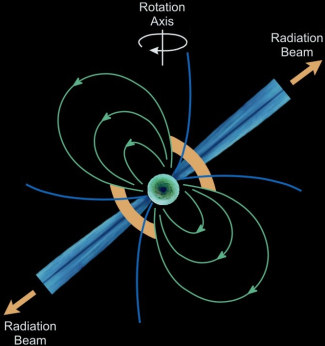 A dense globular star cluster near the center of our Milky Way Galaxy holds a buzzing beehive of rapidly-spinning millisecond pulsars, according to astronomers who discovered 21 new pulsars in the cluster using the National Science Foundation's 100-meter Robert C. Byrd Green Bank Telescope (GBT) in West Virginia. The cluster, called Terzan 5, now holds the record for pulsars, with 24, including three known before the GBT observations.