Supernovae are Found to be Super-Efficient Particle Accelerators 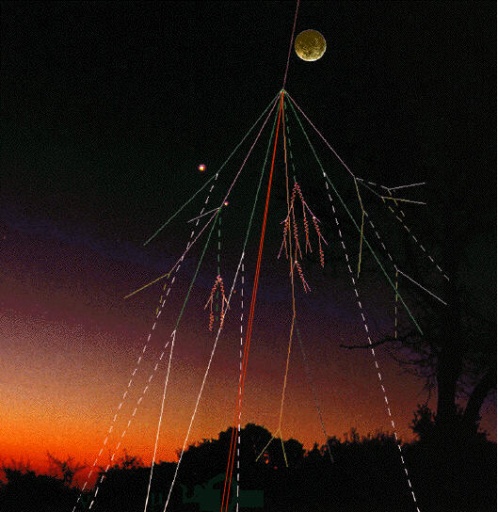 During the Apollo flights astronauts reported seeing odd flashes of light, visible even with their eyes closed. We have since learnt that the cause was cosmic rays — extremely energetic particles from outside the Solar System.

Highly energetic particles bombard the Earth's atmosphere continuously. The energy of these particles can be even higher than the energy of particles accelerated by the most powerful accelerator on Earth, CERN’s Large Hadron Collider.

Scientists believe that cosmic particles can be accelerated by the energy provided in supernova explosions. The supernova creates a shock wave that heats up the surrounding gas. Scientists think that the outward expanding shock wave is responsible for accelerating these particles, which consist mostly of protons moving at relativistic speeds. Researchers at the Astronomical Institute Utrecht in The Netherlands were able to measure how much energy is removed from the shocked gas in these stellar explosions and used to accelerate the particles, solving a long-standing astronomical question of whether or not stellar explosions do indeed produce these accelerated particles.

“It has long been thought that the super-accelerators that produce these cosmic rays in the Milky Way are the expanding envelopes created by exploded stars, but our observations reveal the smoking gun that proves it”, says Eveline Helder from the Astronomical Institute of Utrecht University in the Netherlands.

“You could even say that we have now confirmed the calibre of the gun used to accelerate cosmic rays to their tremendous energies”, adds collaborator Jacco Vink, also from the Astronomical Institute Utrecht.

For the first time Helder, Vink, and colleagues have come up with a measurement that solves the long-standing astronomical quandary of whether or not stellar explosions produce enough accelerated particles to explain the number of cosmic rays that hit the Earth’s atmosphere. The team’s study indicates that they indeed do and it directly tells us how much energy is removed from the shocked gas in the stellar explosion and used to accelerate particles.

“When a star explodes in a supernova, a large part of the explosion energy is used for accelerating some particles up to extremely high energies”, says Helder. “The energy that is used for particle acceleration is at the expense of heating the gas, which is therefore much colder than theory predicts”.

The researchers looked at the remnant of a star that exploded in AD 185, as recorded by Chinese astronomers. The remnant, called RCW 86, is located about 8200 light-years away towards the constellation of Circinus (the Drawing Compass). It is probably the oldest record of the explosion of a star.

Using ESO’s Very Large Telescope, the team measured the temperature of the gas right behind the shock wave created by the stellar explosion. They measured the speed of the shock wave as well, using images taken with NASA’s X-ray Observatory Chandra three years apart. They found it to be moving at between 10 and 30 million km/h, between 1 and 3 percent the speed of light.
The temperature of the gas turned out to be 30 million degrees Celsius. This is quite hot compared to everyday standards, but much lower than expected, given the measured shock wave’s velocity. This should have heated the gas up to at least half a billion degrees.

“The missing energy is what drives the cosmic rays”, concludes Vink.