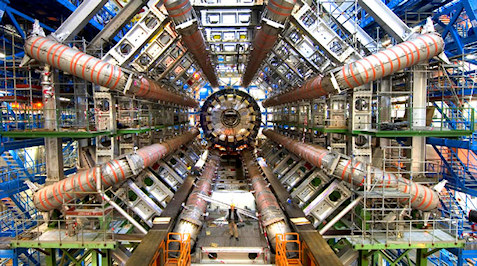 Particle beams are once again circulating in the world’s most powerful particle accelerator, CERN’s Large Hadron Collider (LHC). The LHC circulated its first beams in September of 2008, but suffered a serious malfunction nine days after turn-up. A failure in an electrical connection led to serious damage and CERN has spent over a year repairing and consolidating the machine to ensure that such an incident cannot happen again. This week, two beams were circulated simultaneously for the first time, allowing the operators to test the synchronization of the beams and giving the experiments their first chance to look for proton-proton collisions. It is hoped that by Christmas, the LHC should reach 1.2 TeV per beam.

LHC...lets take a 747,smash it into a 707,hire a hundred scientists,then throw 500 billion dollars into figuring out..how they flew!...sound likes the brains of mankind hard at nothing again!!..