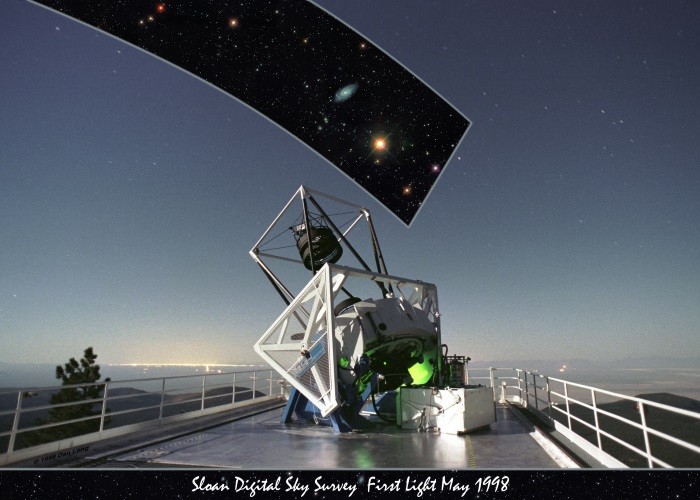 This week marks the twentieth anniversary of “first light” for the telescope behind the Sloan Digital Sky Survey (SDSS), which has gone on to create by far the largest three-dimensional map of the Universe ever made. Early in the morning of May 10th, 1998, the observers and engineers pointed the Sloan Foundation Telescope to the celestial equator and light went through to the survey’s exquisitely sensitive camera. When dawn broke after a long night’s work, SDSS observer Dan Long emailed his usual observer’s log summarizing what happened. After describing the technical details of the observations, and before noting a series of newly identified problems to fix, he wrote: “Wow; What a night!”