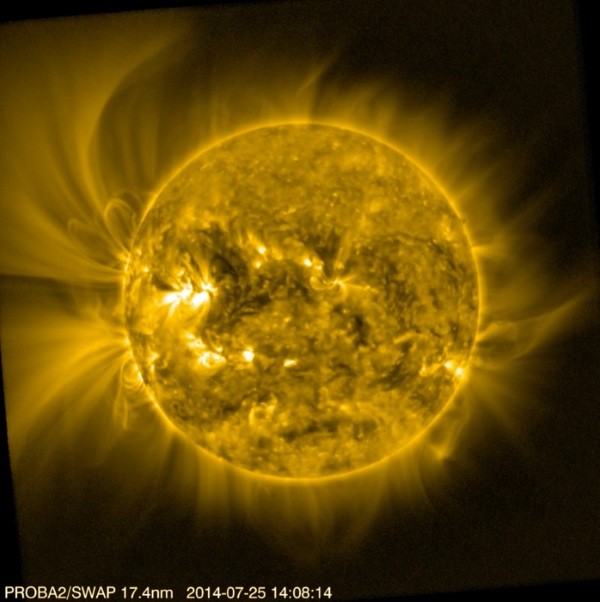 The Sun’s corona, invisible to the human eye except when it appears briefly as a fiery halo of plasma during a solar eclipse, remains a puzzle even to scientists who study it closely. Beginning 1,300 miles from the Sun’s surface and extending millions more in every direction, it is more than a hundred times hotter than lower layers much closer to the fusion reactor at the Sun’s core. A team of physicists at New Jersey Institute of Technology (NJIT) led by Gregory Fleishman, has recently discovered a phenomenon that may begin to untangle what they call “one of the greatest challenges for solar modeling” – determining the physical mechanisms that heat the upper atmosphere to 1 million degrees Fahrenheit and higher.