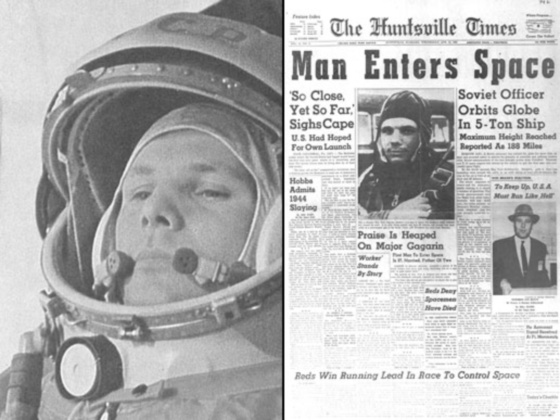 Fifty Years ago, on April 12, 1961, the era of human spaceflight began when Cosmonaut Yuri Gagarin of the Soviet Union became the first man to orbit the Earth in his Vostock spacecraft. The flight lasted 108 minutes. On that day, the world learned about the first manned flight into space through a brief communique from the Soviet TASS News Agency. At the conclusion of the flight after reentry, Gagarin ejected from the Vostok at an altitude of 20,000 feet and parachuted to Earth. Gagarin was killed in a tragic accident when his MIG jet crashed during a training flight on March 27, 1968.