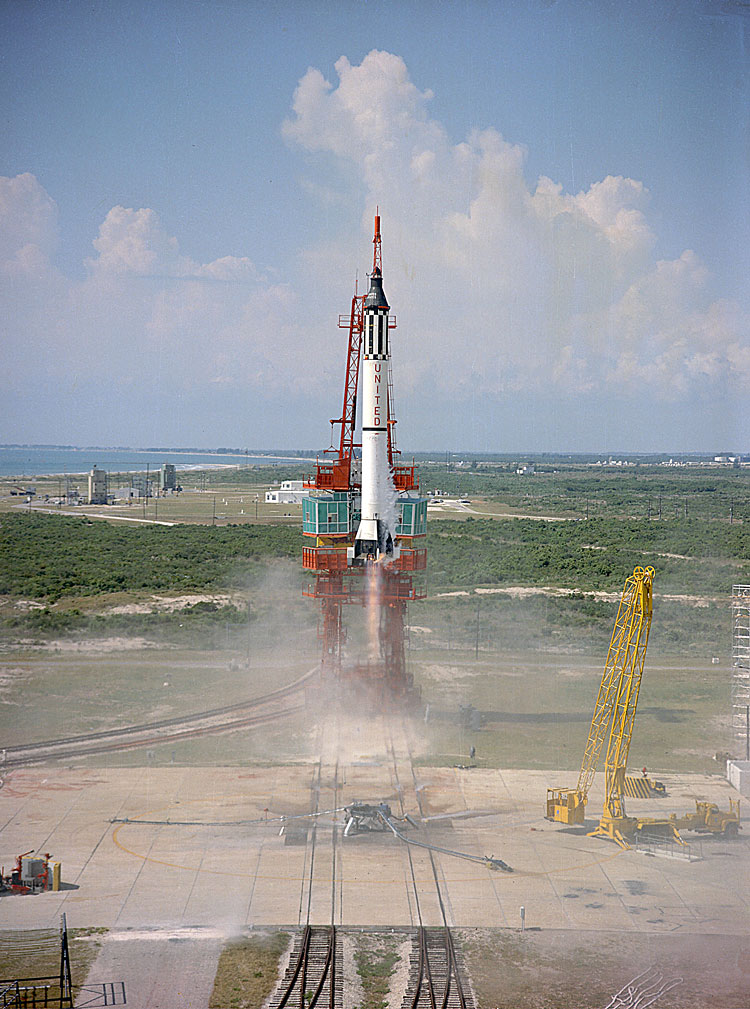 Forty-seven years ago today, astronaut Alan B. Shepard, Jr. became the first American in space. At exactly 9:34 a.m. EST on May 5, 1961, about 45 million Americans sat tensely in front of their black and white television sets and watched a slim Redstone booster rocket with a small and cramped Mercury spacecraft manned by Alan Shepard, lift off its pad at Cape Canaveral and go roaring upward through the clear blue sky. Shepard's capsule, named Freedom 7, made the historic 15-minute suborbital flight, officially kicking off manned Project Mercury flights. With six manned flights from 1961 to 1963, Project Mercury's objectives were very specific: 1) to orbit a manned spacecraft around Earth, 2) to investigate man's ability to function in space, and 3) to recover both man and spacecraft safely -- a set of objectives it achieved with flying colors, thus opening the door for Projects Gemini and Apollo later in the decade.

Your article brought back memories of a time when this was a very special event, and how Alan Shepard's dignified bravery inspired many people.