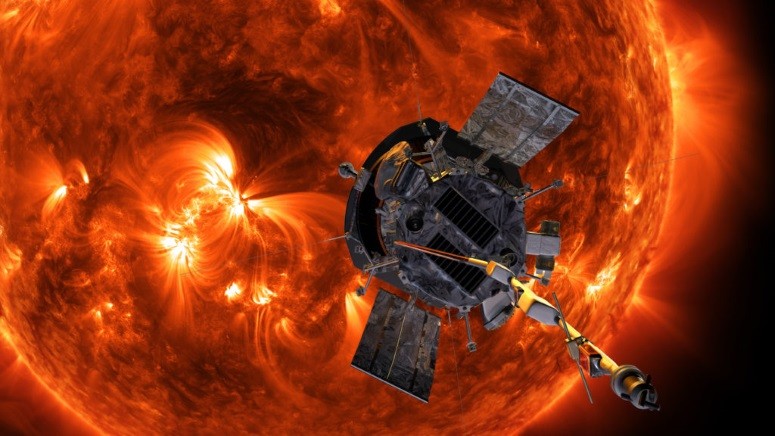 This summer, NASA’s Parker Solar Probe will launch on a United Launch Alliance Delta IV Heavy rocket from Cape Canaveral Air Force Station in Florida. It will travel closer to the Sun and deeper into the solar atmosphere than any mission before it. Over the course of seven years of planned mission duration, the spacecraft will make 24 orbits of the Sun. On each close approach, it will sample the solar wind, study the Sun’s corona, and provide unprecedented close-up observations. On the final three orbits, Parker Solar Probe will fly to within 3.8 million miles of the Sun's surface. For comparison, Mercury is, on average, about 36 million miles from the Sun and Earth’s average distance is 93 million miles. Inside the part of the solar atmosphere known as the corona, the spacecraft will travel through material with temperatures greater than a million degrees Fahrenheit while being bombarded with intense sun light. Yet it won’t melt… Here’s why.