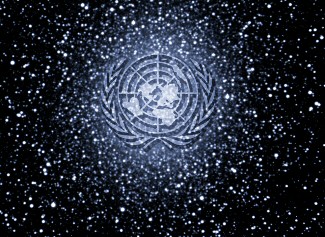 The Office for Outer Space Affairs was initially created as a small expert unit within the Secretariat to service the ad hoc Committee on the Peaceful Uses of Outer Space established by the General Assembly in its resolution 1348 (XIII) of 13 December 1958. It became a unit within the Department of Political and Security Council Affairs in 1962, when the permanent Committee on the Peaceful Uses of Outer Space met for the first time, and was transformed into the Outer Space Affairs Division of that Department in 1968. In 1992, the Division was transformed into the Office for Outer Space Affairs within the Department for Political Affairs. In 1993, the Office was relocated to the United Nations Office at Vienna. At that time, the Office also assumed responsibility for substantive secretariat services to the Legal Subcommittee, which had previously been provided by the Office of Legal Affairs in New York. Questions relating to the militarization of outer space are dealt by the Conference on Disarmament, based in Geneva.

The Office for Outer Space Affairs implements the decisions of the General Assembly and of the Committee on the Peaceful Uses of Outer Space. The office has the dual objective of supporting the intergovernmental discussions in the Committee and its Scientific and Technical Subcommittee (S&T) and Legal Subcommittee, and of assisting developing countries in using space technology for development. In addition, it follows legal, scientific and technical developments relating to space activities, technology and applications in order to provide technical information and advice to Member States, international organizations and other United Nations offices.

For more information, visit the web site at: