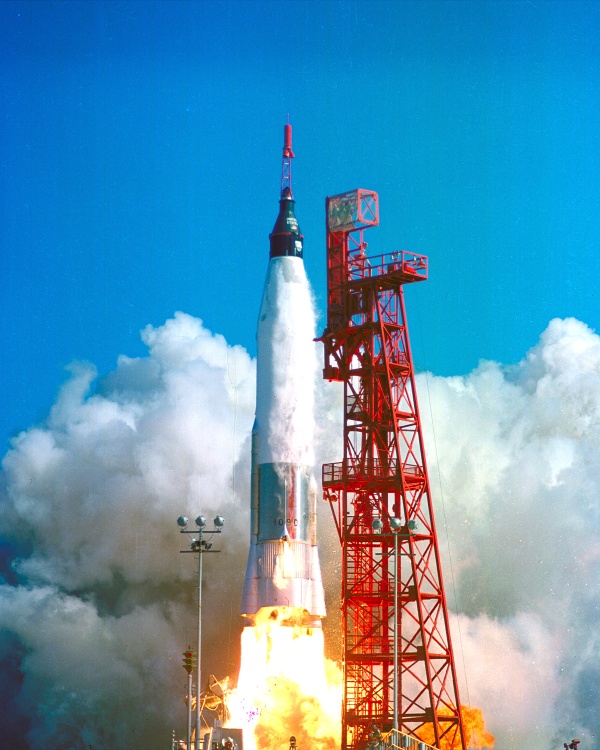 Fifty years ago, astronaut John H. Glenn, Jr. became the first American to orbit the Earth. At exactly 9:47 a.m. EST on February 20, 1962, about 45 million Americans sat tensely in front of their black and white television sets and watched an Atlas booster rocket with a small and cramped Mercury spacecraft named Friendship 7 manned by John Glenn, lift off its pad at Cape Canaveral, Florida and go roaring upward through the clear blue sky. With six manned flights from 1961 to 1963, Project Mercury opened the door for Projects Gemini and Apollo and led to a man on the moon before the end of the decade.