Water Ice on Asteroids May be More Common than Expected 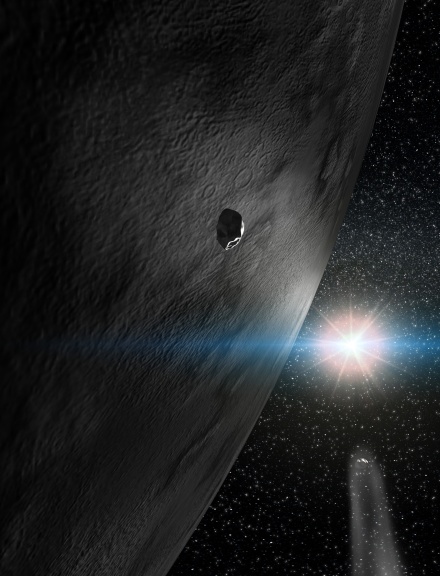 Water ice on asteroids may be more common than expected, according to a new study. Two teams of researchers who made national headlines in April, 2010 for showing the first evidence of water ice and organic molecules on asteroid 24 Themis have now discovered that asteroid 65 Cybele contains the same material.

"This discovery suggests that this region of our solar system contains more water ice than anticipated," said University of Central Florida Professor Humberto Campins. "And it supports the theory that asteroids may have hit Earth and brought our planet its water and the building blocks for life to form and evolve here."

Back in April, the University of Central Florida researchers detected a thin layer of water ice and organic molecules on the surface of 24 Themis, the largest in a family of asteroids orbiting between Mars and Jupiter.

Their unexpected findings, the first-ever discovery of ice and organic molecules on an asteroid, may hold clues to the origins of Earth's oceans and life 4 billion years ago.

Some theories suggest asteroids brought water to Earth after the planet formed dry. Scientists say the salts and water that have been found in some meteorites support this view.

Using NASA's Infrared Telescope Facility in Hawaii, Campins and his team of researchers measured the intensity of the reflected sunlight as 24 Themis rotated. Differences in intensity at different wavelengths helped researchers determine the makeup of the asteroid's surface.

Researchers were surprised to find ice and carbon-based compounds evenly distributed on 24 Themis. More specifically, the discovery of ice is unexpected because surface ice should be short lived on asteroids, which are expected to be too warm for ice to survive for long.

The distance between this asteroid and the sun is about three times greater than between Earth and the sun.

Researchers will continue testing various hypotheses to explain the presence of ice. Perhaps most promising is the possibility that 24 Themis might have preserved the ice in its subsoil, just below the surface, as a kind of "living fossil" or remnant of an early solar system that was generally considered to have disappeared long ago.