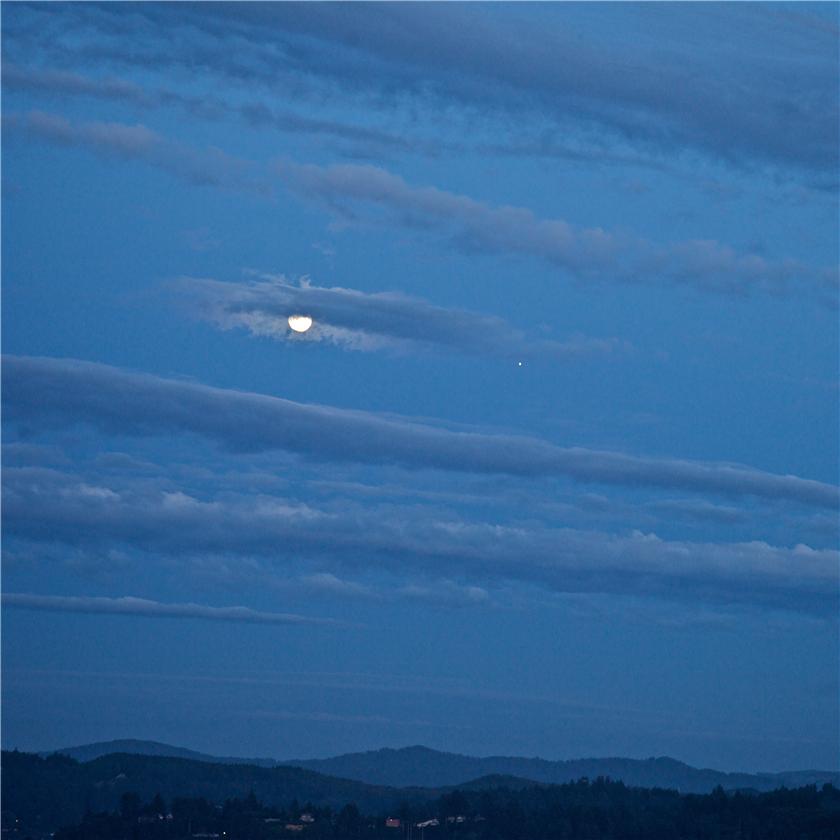 Which Came First -- the Black Hole or the Galaxy? 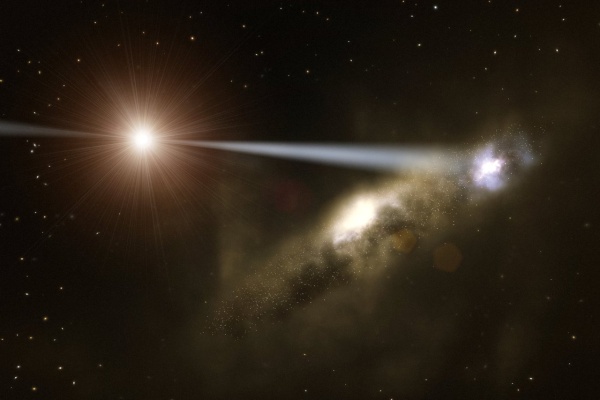 Which came first, the supermassive black holes that frantically devour matter or the enormous galaxies where they reside? A brand new scenario has emerged from a recent set of outstanding observations of a black hole without a home: black holes may be “building” their own host galaxy. This could be the long-sought missing link to understanding why the masses of black holes are larger in galaxies that contain more stars.

“The ‘chicken and egg’ question of whether a galaxy or its black hole comes first is one of the most debated subjects in astrophysics today,” says lead researcher David Elbaz. “Our study suggests that supermassive black holes can trigger the formation of stars, thus ‘building’ their own host galaxies. This link could also explain why galaxies hosting larger black holes have more stars.”

To reach such an extraordinary conclusion, the team of astronomers conducted extensive observations of a peculiar object, the nearby quasar HE0450-2958 (see ESO PR 23/05 for a previous study of this object), which is the only one for which a host galaxy has not yet been detected. HE0450-2958 is located some 5 billion light-years away.

Supermassive black holes are found in the cores of most large galaxies; unlike the inactive and starving one sitting at the centre of the Milky Way, a fraction of them are said to be active, as they eat up enormous amounts of material. These frantic actions produce a copious release of energy across the whole electromagnetic spectrum; particularly spectacular is the case of quasars, where the active core is so overwhelmingly bright that it outshines the luminosity of the host galaxy.

Until now, it was speculated that the quasar’s host galaxy was hidden behind large amounts of dust, and so the astronomers used a mid-infrared instrument on ESO’s Very Large Telescope for the observations. At such wavelengths, dust clouds shine very brightly, and are readily detected. “Observing at these wavelengths would allow us to trace dust that might hide the host galaxy,” says Knud Jahnke, who led the observations performed at the VLT. “However, we did not find any. Instead we discovered that an apparently unrelated galaxy in the quasar’s immediate neighbourhood is producing stars at a frantic rate.”

These observations have provided a surprising new take on the system. While no trace of stars is revealed around the black hole, its companion galaxy is extremely rich in bright and very young stars. It is forming stars at a rate equivalent to about 350 Suns per year, one hundred times more than rates for typical galaxies in the local Universe.

Earlier observations had shown that the companion galaxy is, in fact, under fire: the quasar is spewing a jet of highly energetic particles towards its companion, accompanied by a stream of fast-moving gas. The injection of matter and energy into the galaxy indicates that the quasar itself might be inducing the formation of stars and thereby creating its own host galaxy; in such a scenario, galaxies would have evolved from clouds of gas hit by the energetic jets emerging from quasars.

“The two objects are bound to merge in the future: the quasar is moving at a speed of only a few tens of thousands of km/h with respect to the companion galaxy and their separation is only about 22 000 light-years,” says Elbaz. “Although the quasar is still ‘naked’, it will eventually be ‘dressed’ when it merges with its star-rich companion. It will then finally reside inside a host galaxy like all other quasars.”

Hence, the team have identified black hole jets as a possible driver of galaxy formation, which may also represent the long-sought missing link to understanding why the mass of black holes is larger in galaxies that contain more stars.

Most galaxies in the local Universe contain a supermassive black hole with a mass about 1/700th the mass of the stellar bulge. The origin of this black hole mass versus stellar mass relation is one of the most debated subjects in modern astrophysics.

“A natural extension of our work is to search for similar objects in other systems,” says Jahnke.
Future instruments, such as the Atacama Large Millimeter/submillimeter Array, the European Extremely Large Telescope and the NASA/ESA/CSA James Webb Space Telescope will be able to search for such objects at even larger distances from us, probing the connection between black holes and the formation of galaxies in the more distant Universe.