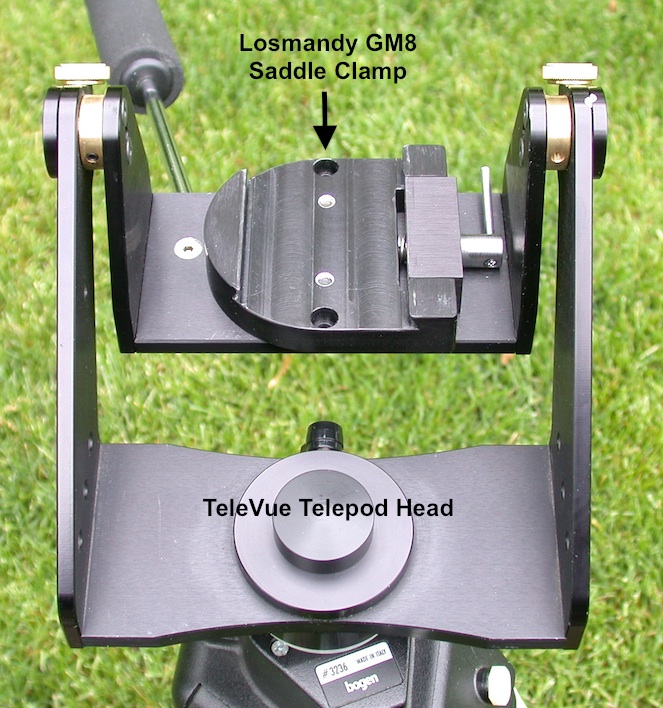 Upon acquiring my first TeleVue refractor, a TV76, I mounted it on a TV Telepod head, on top of a heavy duty Bogen tripod. (The Bogen tripod offered quick setup/takedown and a geared center column, making it easy to adjust for a comfortable viewing height.) From the get-go, I found fumbling with the wing nuts used to attach the TV76 and its "Balance Aid" plate to the Telepod to be a pain each time I mounted/dismounted the scope.

I later added a Losmandy GM8 equatorial mount and two more TeleVue refractors to my collection. I really liked the ease and security with which the Losmandy dovetail scope mounting plate could be attached to the GM8, so I had my brother-in-law make me a couple more Losmandy style dovetail plates and I equipped each of my three refractors with them. I also drilled/tapped 1/4"-20 threaded holes in the plates on the two smaller refractors (TV76 and Pronto), so they could also double as balance aid plates when used on the Telepod. (The "Balance Aid" plate allows you to put the scope's center of gravity directly over the mount for better balance.) I was now using thumb screws to attach the smaller scopes to the Telepod, but it was still clumsy and slow, particularly with gloved hands and/or cold fingers, and I always seemed to drop at least one of the thumb screws on the ground in the dark. There had to be a better way.

Since I already had Losmandy dovetail plates on each scope, the logical thing to do was to mount a Losmandy Saddle Clamp on the Telepod head, but the clamp's big tightening knob had to go.

After acquiring a spare Losmandy Saddle Clamp on Astromart, I spent a lot of "stare and think" time and finally another Astromarter's post gave me the solution. (Thanks, Ron!) I fabricated a vise nut with a sliding handle to replace the original big knob. This provided the ability to tighten the saddle clamp without having to modify the Telepod cradle.

The only modification I had to make to the Telepod head was to countersink the two holes in the cradle's bottom plate for the Telepod's handle mount and use flathead screws so they wouldn't interfere with the saddle clamp. The following photos should be self explanatory. 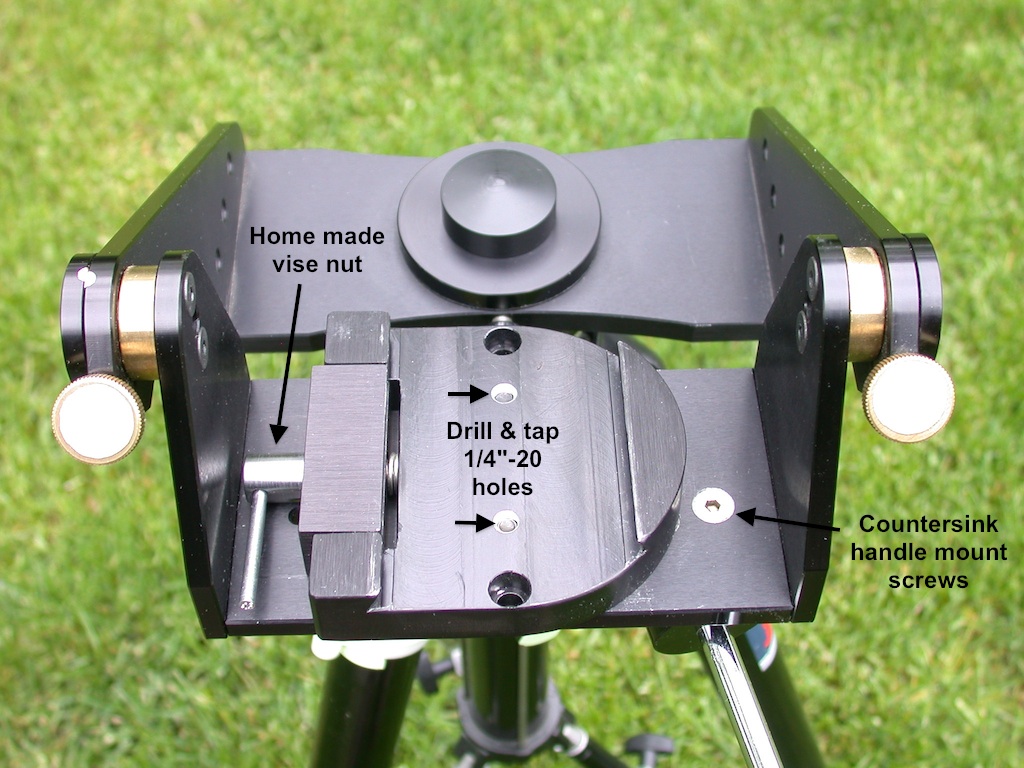 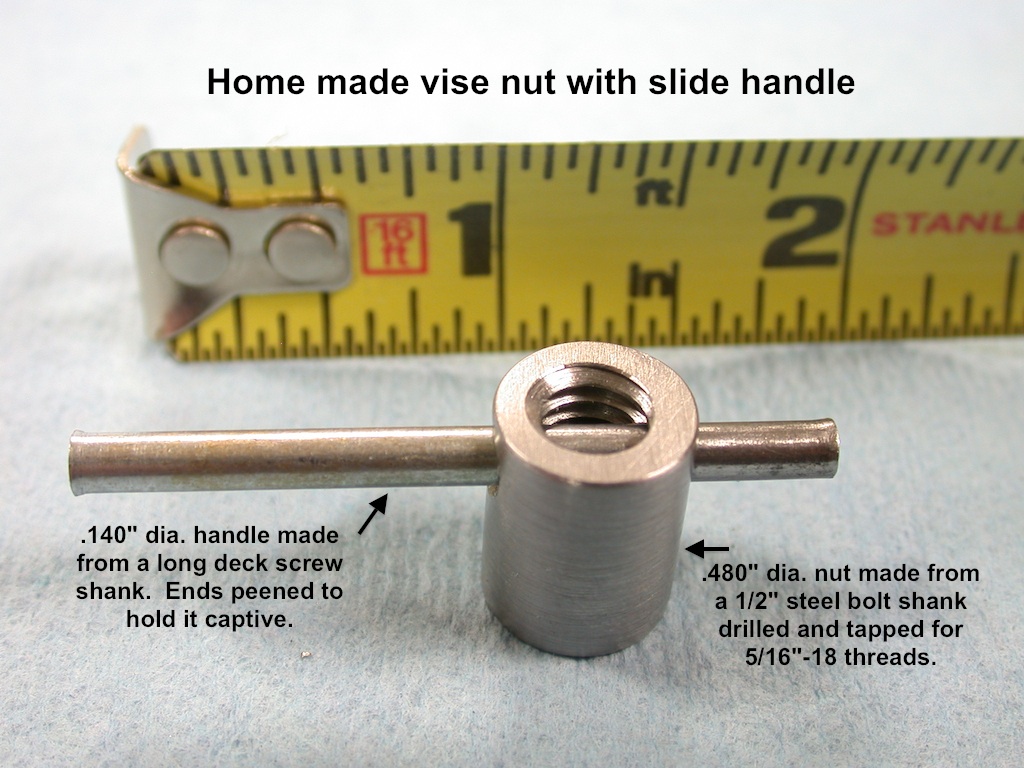 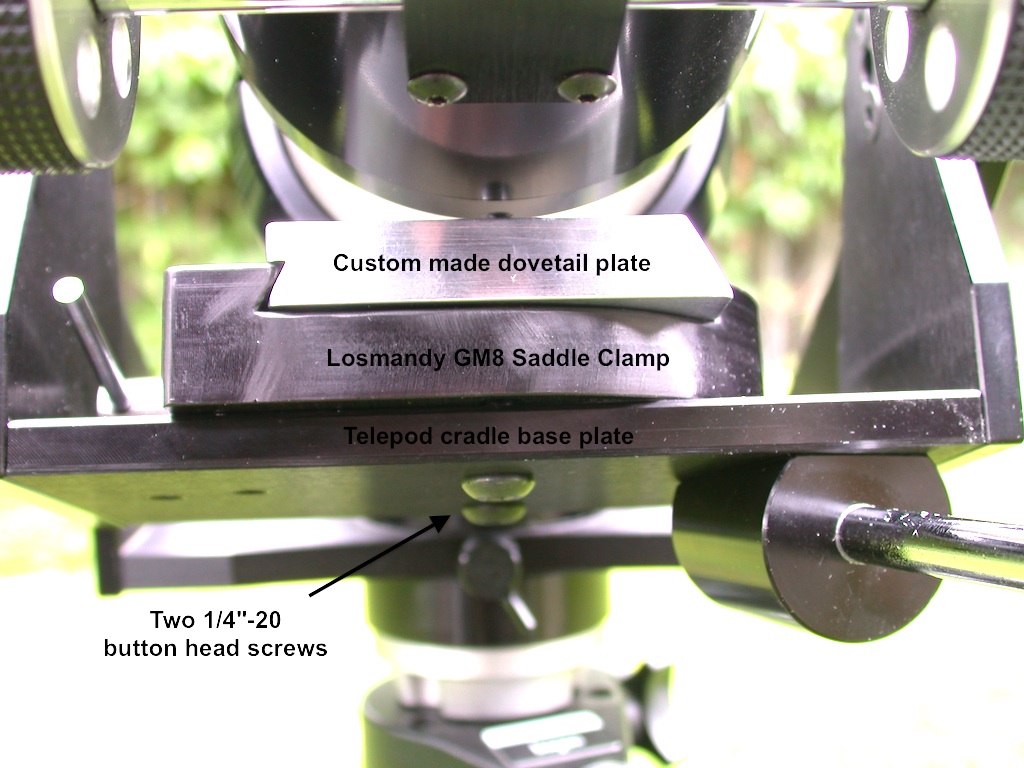 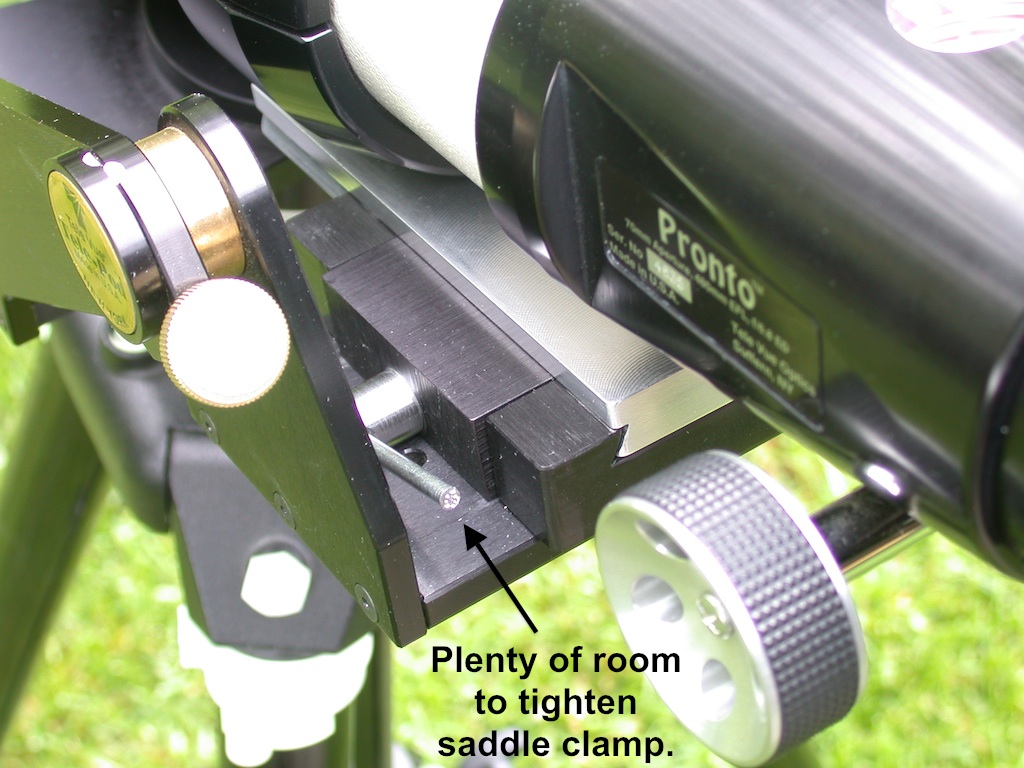 The final result works amazingly well. I can now mount the scope on the Telepod head in less than 10 seconds and dismount it in less than 5 seconds, without tools and without dropping any parts on the ground. Less than half a turn (about 150 degrees) is required to tighten or loosen the saddle clamp and the connection is rock solid.

I also discovered some unexpected advantages of this system:

1. The saddle clamp provides the ability to easily slide the scope fore and aft for quick, precise balance adjustment; even easier than with the clamshell.

2. Since the Losmandy Saddle Clamp raises the scope another 1/2" off the cradle's bottom plate, this provides more tripod clearance for aiming the scope at zenith (with the Telepod handle removed).

This may seem like a lot of work and expense just to make it easier/faster to set up a simple scope and mount, but with as many times as I've used this combination for school and camping star parties, it's well worth the effort.