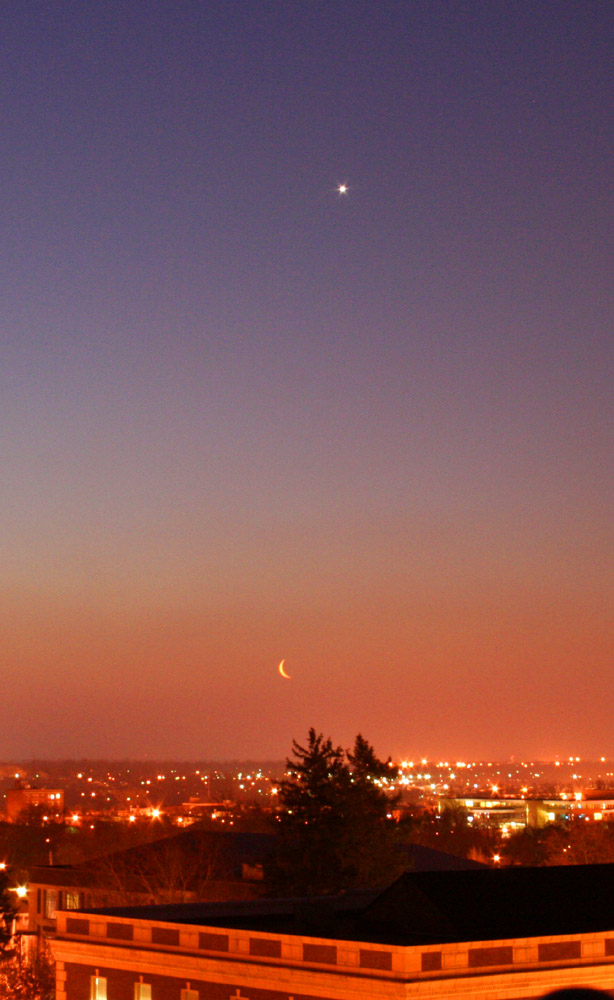 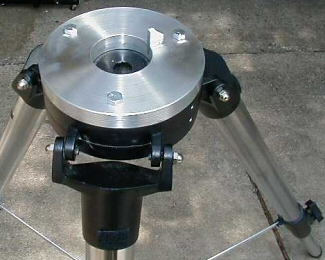 Like many of us who purchased a Meade LXD55 GoTo Equatorial Mount and Tripod have discovered, the flimsy aluminum legs are just plain unacceptable. Celestron & Orion's CG5 mounts are now being shipped with 2" Tubular Steel legs making all the difference in the world. I was fortunate enough to buy a Meade Starfinder Pier from Astromarter Rolando Chavez, for a great price and a spare LXD55 Hub from Astromarter Eric Esworthy, at an excellent price. This solved my problem with my 8" Reflector but, I wanted a fairly portable tripod for my smaller refractors, an SV78S, an Orion 80ED, a Vixen 102, and an Orion 120 (4.7") ST.

To solve my dilema, I saw an ad from an AstroMart Sponsor, Web Thomas's ASTROKITS, where he advertised an Adapter for LXD55 Mount's to fit an LX200 Tripod. I contacted Web and asked him if his Adapter would work with my Celestron GPS11 Tripod. After both of us gave dimensions of our respective items Web said his Adapter should fit just fine. I immediately ordered it and paid via PayPal (Yep, Web is one of the good suppliers that you can pay with PayPal) and it arrived the very next day. After opening the box I pulled the Adapter (a very well machined, thick aluminum plate that is lightweight yet, very strong) out and placed it on top of the Celestron GPS11 Mount. Bingo! The holes lined up perfectly. I then inserted the 5/16" bolts and washers and needless to say was extremely happy. It looks pretty good sitting next to the Losmandy G11. The beauty of the LXD55 mounted to the Celestron GPS11 Tripod is it is still almost a Grab n Go setup but, with tremendous strength and stability making the Hypertuned LXD55 a very nice setup.

If anyone has the LXD55 or one of the other CG5 type clones with the unstable aluminum legs and you have another tripod that is much sturdier but, no way to mount your LXD55 or CG5 to that Tripod, I would give Web a call or send him an email and let him set you up with a very functional, strong, and nice looking Adapter for that Tripod and end the eyepiece wiggles. I might add that Web is great at answering each email and makes a point of making sure each measurement is accurate on both ends before selling you the Adapter. An A+++++ AstroMart Sponsor.