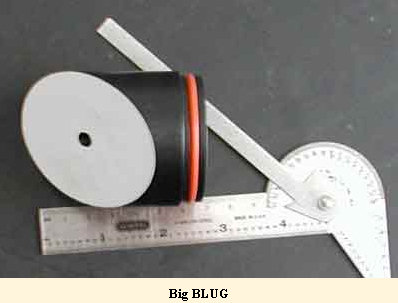 Ever since Nils Olaf published his ground breaking article in the January 2003 issue of Sky and Telescope about using a Barlow and laser to collimate a reflector telescope, I have been doing just that. First with a homemade “target”, then with the Barlow and Target combination from Howie Glatter. 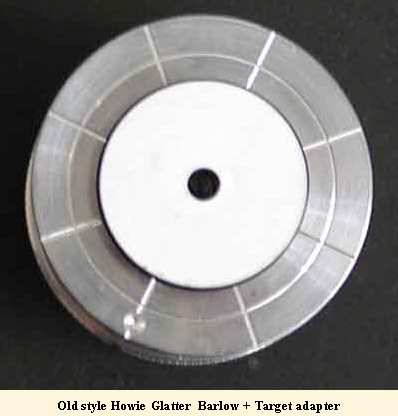 The problem with the old style Barlow and Target combination was that you had to get up from the back of the scope and walk to the front to check how the alignment was going. Or you could squint into the gap between the mirror and mirrorbox at the secondary mirror’s reflection. Either way, it was not the most convenient was to get things done, even if it was the most accurate. 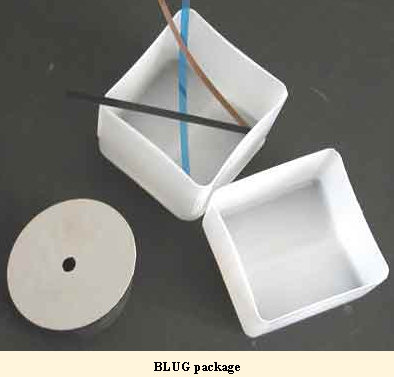 One of the advantages of being a “well known” astronomer is that manufactures and dealers want to get products into your hands knowing that if you like a product, lots of others will see you using it. If you think about it, the best endorsement is using an item every time you are out. The BLUG (Barlow Plug) is so new, it came with no documentation whatsoever. You get one BLUG, 4 shim strips, and a square, protective case.

The BLUG is a 2” plug that goes into the inside of the telescope tube at the end of the focuser tube. It uses an O-ring to wedge itself inside. If the fit is too loose and you worry about it falling onto the primary, you insert one of 4 shim strips under the O-ring until you find the right fit. 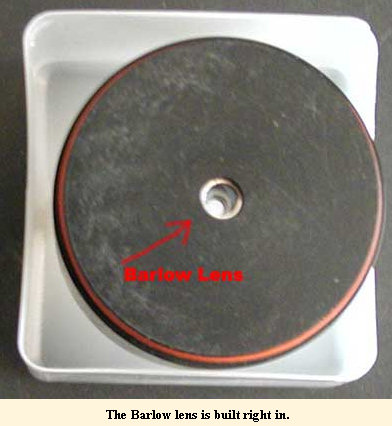 The BLUG is made of black plastic with a Barlow lens inserted into the unit itself. The unit itself is un-powered; you need to still have your own laser inserted into your focuser. The Barlow expands your laser beam so that it fills the primary mirror “centering spot” and reflects its shadow back onto the front of the BLUG. You center this shadow on the white target and know that you are in alignment. The idea of the BLUG is that because of the 45 degree angle, you can easily see the shadow from the back of the telescope. This is what everybody has been waiting for! 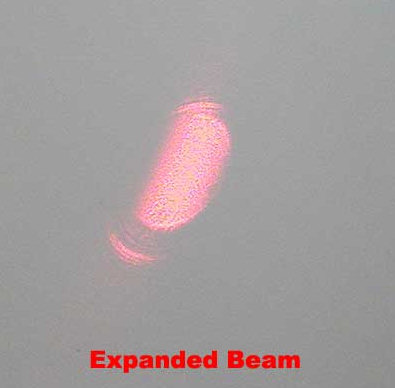 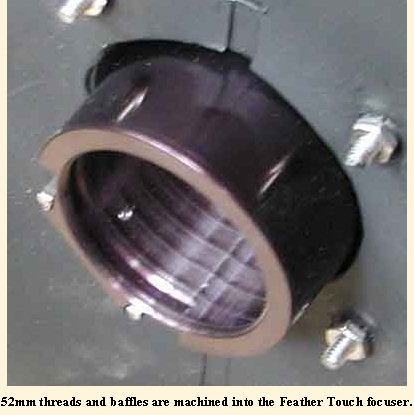 I was setting up to watch the “new” asteroid 2004XP and was ready to give this BLUG the run through. I knew the back of the FeatherTouch focuser had 52mm threads because you have to use a 52mm to 48mm thread reducer to use a 2” filter on the tube end. I chose the thickest shim to make up for this. The BLUG fit tight, but as you push it in, it passes the threads before you reach the shoulder stop. This results in the BLUG just hanging loosely. If you pull it forward again, it is difficult to know if you are square to the focuser because you don’t have the shoulder to align with. 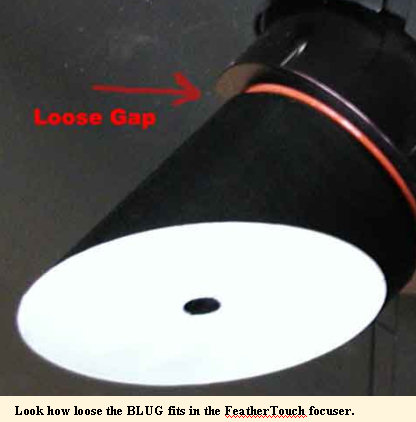 So, I could not use the BLUG with any of my beloved FeatherTouch focusers! I dug through my pile of stuff and found an old, Chinese made Orion (I think) focuser. It would not fit because of a lip that would have to be filed off. I took out a Tectron focuser, finally it fit, no shims needed, just the O-ring itself. The fit was secure, no chance of it falling on the primary mirror. 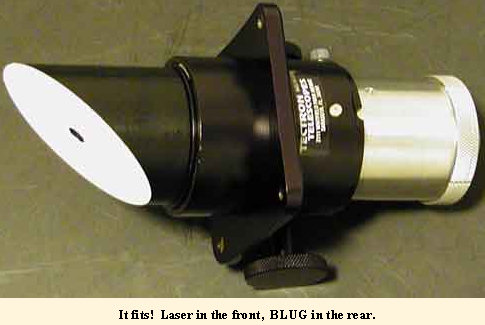 I was surely not going to take apart any of my scopes to put this Tectron focuser on. So, I called the only guy in the club I knew was awake and found he was outside with his 16” Dob. I grabbed a coffee and took it and the BLUG over to him. It fit his JMI focuser using one of the medium shims. It worked well; he was actually a little bit miss-aligned! He thought that this was a cool tool, as he was still using a Cheshire for his alignments. I was glad I brought a laser along, because he didn’t own one. We guessed that this tool would save him 5 minutes or so every time he aligned his optics, let alone that it was more accurate than his Cheshire. Certainly it was easier to use in the dark. Let me note here that you still use the laser without the BLUG to adjust the secondary, and that you would still need a Cheshire to center the secondary. 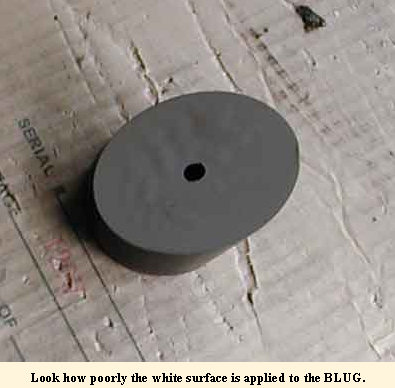 I am used to anything from Howie Glatter being of top quality. The BLUG, I felt was a little bit of a let down. The White surface was poorly applied on the 45 degree face. It was a mess of air bubbles. I was trying to press them out, only to have them reappear moments latter. I would just peel the stuff off and paint it white. The fact that it does not securely fit the FeatherTouch focuser is another let down. That would be like a filter not fitting a TeleVue eyepiece. If I end up keeping the BLUG, I will have to chuck it into a lathe, cut the shoulder down 1/8” and cut 52mm threads into the plastic itself. That seems like a lot of work for a $60 piece of plastic.

If it fits your scope, you will enjoy the convenience of the BLUG. This is one of those times I warn; “Try before you buy”.