Cleaning with the Delkin SensorScope System 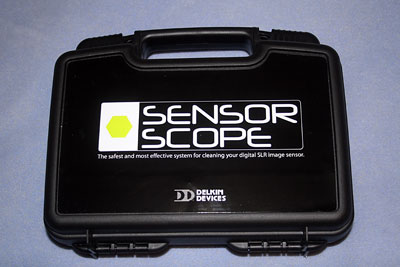 The advertisements were inviting. No two ways about it. The system appears that it is a great idea. A complete setup to help you keep the imaging sensor on your DSLR clean and clear of dust, hair, and other debris that can ruin your images. It is so great a problem that Canon put their engineers on the problem, and they designed and built a vibration system to help clear the sensor path of debris.

I ordered the system from OPT Corp. in California, and I had 4 Canon DSLR bodies waiting to be cleaned. Two of them needed moderate cleaning, and 2 needed minimal cleaning. The box arrived and it looked very nice. The packaging is nearly flawless. I pulled out the case in the box and checked it out. It is a very sturdy case, with two, stout, sliding latches that hold the case closed and secure. I was impressed by the unit packaging. 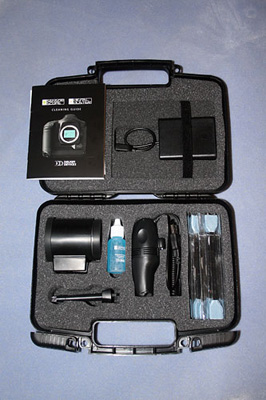 I opened the case, and that is when I got my first feeling of uneasiness. Right in the middle of the interior of the case is a mini-vac. I could tell by the look of that vacuum that I may have paid way too much money for this system. It, simply, looked cheap. However, I have been fooled before, so I decided to check out the scope first. This scope is a pretty cool little device. I read the manual completely (twice) and proceeded to press the illumination button on the scope. 4 white LED lights sprung to life, and provided a good amount of illumination. I started to feel a little better. I placed the scope up to the mount of my Canon 30D, after I exposed the sensor.

The Sensor Scope is a nice device. It uses 2 CR2025 button batteries to provide power for the LEDs. The battery compartment is right next to the power button for the LEDs. To open the battery compartment, you press on the compartment cover and it slides off. The problem is, I found myself picking up the Sensor Scope and pressing what I thought was the LED switch, and the compartment cover would loosen and fall off. This happened several times, and I had to put everything down to look for the battery cover. Another way of securing this battery cover would be a good idea, and I feel the design here is poor. The scope does its job, and illuminates the sensor with bright, relatively flat light. It was very easy to see the debris on the sensor, and I was feeling much better now, even with the errant battery cover problem. 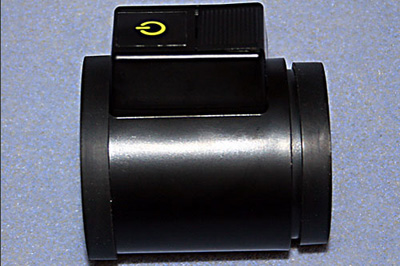 As per the instructions, I set my sights on the vacuum to remove the loose debris from the sensor. The vacuum has a USB connector for power. It can be powered by your computer USB port, or the provided battery pack which contains 4 AA batteries. The USB port gives a clue that this is just an inexpensive computer keyboard vacuum. A quick check on the internet shows me that you can buy this vacuum for between $5.00 and $10.00 all over the internet. I started to get that sinking feeling again. I plugged it into the battery pack and turned it on. It wouldn't run. I looked at the battery pack and found a power switch that was not mentioned in the manual. I turn that on and the vacuum comes to life. It would be nice if they would mention the power switch in the manual. I place my finger over the suction end, after removing the small brush. I feel very little suction. I try to use the vacuum to pick up debris in the sensor well. It won't pick up anything. I put the brush back on the wand and use it to lightly brush the sensor. That works slightly better, but it, mainly, just moved the debris around on the sensor.
The Sensor Swabs and Sensor Fluid 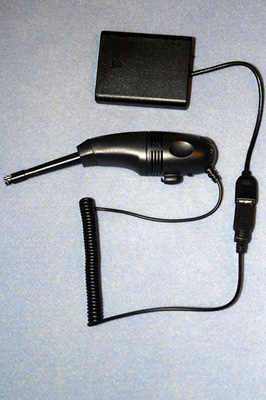 After frustrating over the uselessness of the vacuum, I decided to proceed on with the rest of the cleaning. I opened up a swab out of the individual package. That is a good thing, as it makes it much easier to handle the swabs without contaminating the swab ends by accidental contact. Using 2 drops of the fluid on one end of the swab. I carefully inserted the swab into the sensor well and slowly and lightly swabbed the sensor. This swab is exactly the width of the sensor of my 30D, and the sides of the swab dragged the sides of the sensor well as I cleaned the sensor surface. I flipped the swab to the dry end and used it to clean the remaining fluid from the sensor surface. This did a pretty fair job, but upon re-inspection of the sensor with the Sensor Scope, I could see that much of the debris had been moved around, but it was still on the sensor. I figured that it had been loosened by the cleaning, so I decided to give the vacuum another try. Once again, the vacuum could not pick up anything. 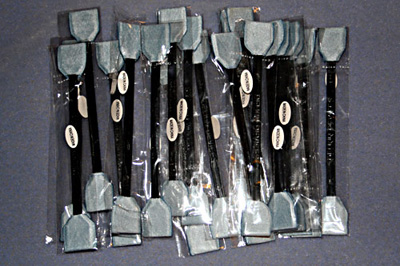 In the images below, you can see where the debris has been moved to one side of the sensor, Try as I could, I could not get the SensorScope system to remove that debris from the sensor surface. Maybe 2 or 3 more cleanings will clear it up, but it is ridiculous to use that much of a systems renewables to clean one sensor. This system cost me almost $200 after shipping, and it will clean the sensor, but only after many attempts.

The SensorScope system makes many claims. They promote the system as a powerful solution to your sensor cleaning problems. To be honest with you, I was almost doing this well with a $10 negative brush. The SensorScope itself does what it says it will. It shows the sensor under good light, and allows you to determine if it needs cleaning. The design of the scope is poor. Putting the push down button for the light right next to the "push down to remove" battery cover is a "just plain pain". However, the SensorScope does a really nice job of inspecting the sensor, as well as looking at coins, and determining their condition. 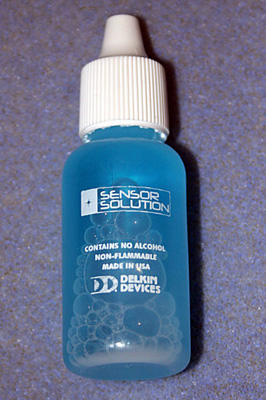 The vacuum is a piece of inexpensive junk. I figured that I would get a good, quality vacuum, given the huge cost of this system. Not so. It is so bad, it actually makes me ill to think about spending that kind of money on the system, and getting this quality of vacuum in it.

The swabs fit right, and are individually packaged. Very nice. I would love to buy a bunch of these. The cleaning fluid seems to work well, and does not appear to leave any reside. It does break the bond of debris stuck to the sensor. The bad part is, the vacuum won't remove them. They make a big fuss in the advertisements that their vacuum removing the debris, and not just brushing or blowing it aside, is the big reason to buy their product. You would think they would provide a vacuum that is actually capable of doing it. 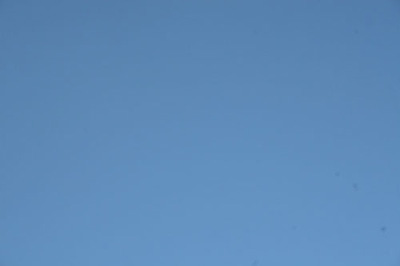 The manual is sufficient, but that is all. It did not inform me of the small switch to turn the battery pack on. It covers the basics, and nothing further.

This system is NOT worth the price they are asking, in my opinion. It does work to some extent, but the quality of the components is lacking. The suggested retail of this system is $189.00. I figure it is about $130 over priced. I wasted my hard-earned money buying this system. You can spend your money on it if you wish. That is your choice. 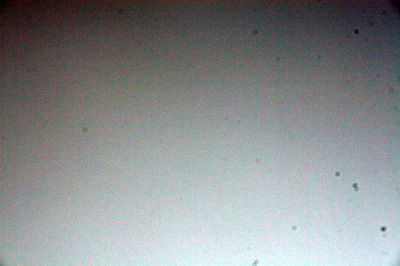