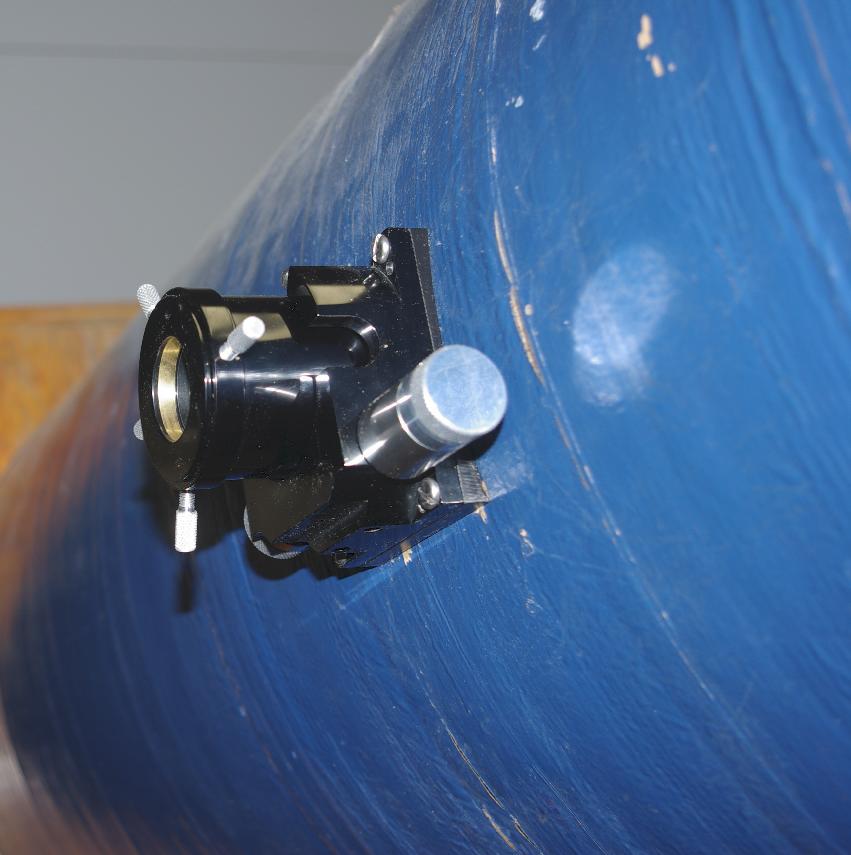 A couple of years back, I bought a 17.5” Dobsonian reflector in serious need of some TLC—-for $625. It was originally built by several families here in the Boise area as a science project for their kids. This was a very good idea, since after the first flurry of excitement, how much use does a telescope get from the average family?

Eventually, the children of the several families involved grew up, moved away—-and now the families had a monster taking up garage space. I suspect this telescope never performed up to anyone's expectations, because it appears to have been the first telescope that this group had ever built—-and did it show! They gave it to the Boise Astronomical Society—-who added it to their collection of odds and ends, and eventually auctioned it off to me.

My wife christened it “Big Bertha” after the Krupp-produced artillery piece that was used by the Germans to shell Paris during World War I—from 83 miles away. The appearance and size of this beast made it all so appropriate.

It has been a project ever since, as I replaced a rotted leather sling mirror “mount” with something made of wood that at least resembles a proper mirror cell. Now I could collimate it. It turned out that it would not focus crisply at higher power, because the Coulter mirror had a turned edge, so I masked the outer 3/4”.

While still deficient in many respects, it made an adequate light bucket, capable of pulling up deep sky objects at low magnifications—-but the image was never quite as crisp as I would like. It had a very old University Optics 2” focuser on it, and I could never get quite as sharp a focus as I would like. Even worse, I bought a Pentax K10D, and astrophotography fever hit.

Astrophotography with a Dobsonian? What was I thinking? There's enough light gathering power here to at least take pictures of the Moon before the Earth moves—but unfortunately, the focal point was too close to the focuser in its racked-in position for me to do prime focus photography. I could use a Barlow lens or eyepiece projection, but now the f/ratio was slow enough that I needed to track the object.

Let me explain that along with the desire for the fine focus capability, the CR2, being a Crayford-style focuser, also has a much lower profile than the antique focuser that was on Big Bertha, allowing me to focus inside the camera at prime focus. Going to a lower profile focuser would also allow me (at a later stage) to switch to a smaller, less obtrusive diagonal than the 4.25” monster that was currently blocking the light path.

Still, the CR2 has a 1.45” racked-in height; the antique's racked-in height was 4.25”. Unless I had a drawtube that was 4” or more long, I would not be able to use many of my long focal length eyepieces with the CR2. What was the solution? 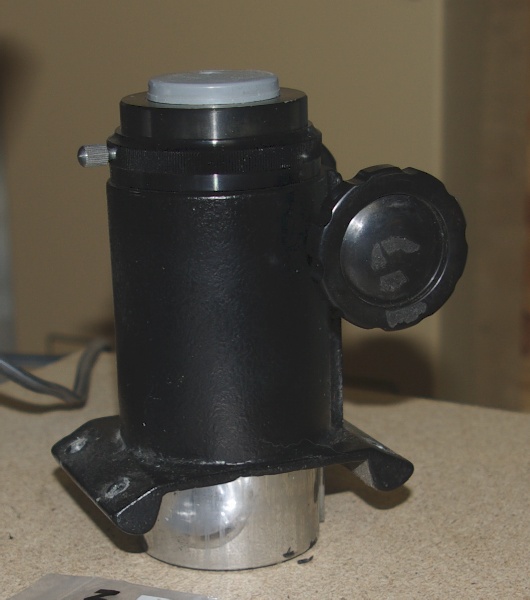 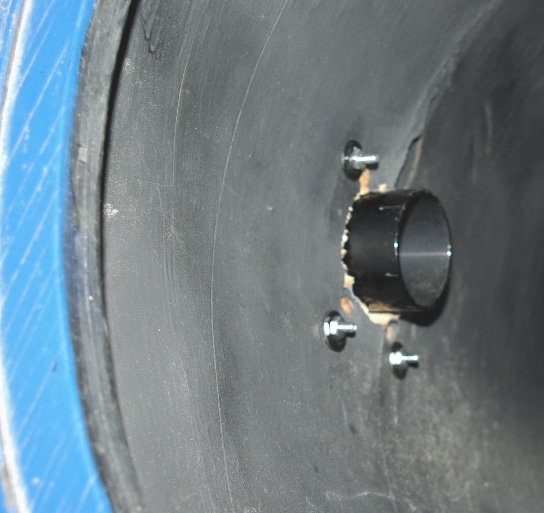 One of the solutions was that I ordered the CR2 with the optional brass compression ring option, which adds about 3/8” of height, and I ordered the optional 2.75” drawtube. The other solution was that I committed myself to using an extension tube for my long focal length eyepieces. Since I already had a 2" extension that I used for my Russell Optics 85mm, this was not a problem. I might need a 3” extension or a 4” extension, but I don't use these long focal length eyepieces very often anyway. Alternatively, I could have ordered a 1” spacer from Moonlite Telescope to move the focuser farther out from the tube. This gives me the flexibility to change the relationship of the components when the time comes to replace the tube, put in a proper mirror cell, and a smaller diagonal.

I ordered the CR2, along with an adapter for a 21.5” tube, on Saturday. On Thursday, the CR2 and adapter arrived in the mail. Everything about the fit and finish of the CR2 exceeded my expectations. The “coarse” knob was as smooth as glass, and the “fine” knob at first felt like it was just spinning freely, turning nothing.

A little point about “coarse” vs. “fine.” The “coarse” side is 0.58” of drawtube travel per revolution of the knob; the fine side is one-eighth of that, or .0725” per revolution. The antique focuser turns out to be .875” per knob revolution. The difference between that and the CR2's coarse knob doesn't sound dramatic, but it really is. I might actually have been happy with the CR1 (which only has the single coarse rate). Certainly, any focus problem that I can't fix with the fine setting is probably not worth worrying about.

Okay, it's time to install it. I knew that the bolt holes on the CR2 would be in a different location than the antique focuser. What I was not expecting was the difference in drawtube size. Remember that because of the low profile and the long drawtube, the drawtube would be sliding inside the telescope tube. The CR2 drawtube requires a 2 3/8” hole, while the antique drawtube was a bit smaller, closer to 2 1/4” outside diameter. (The CR2 drawtube is anodized aluminum, while the antique uses chromed steel.)

Not having a 2 3/8” hole saw, I first tried to enlarge the existing hole with an end mill in an electric drill. This worked about as elegantly and precisely as it sounds—and it wasn't even removing Sonotube very quickly! I discovered that the hole I was making wasn't quite large enough when I tried to install the CR2. The drawtube would go into the hole, but would not withdraw when I turned the knob.

Along the way, I had an unfortunate accident. The CR2 comes with four stainless steel 1.5” long 10-32 socket head screws and matching nuts. Because I ordered the 21.5” tube adapter (or perhaps because I mentioned the thickness of the Sonotube), Moonlite included four 2” long 10-32 socket head screws. While trying to tighten these down, I somehow cross-threaded one of the nuts. Since I was using a wrench to hold the nut when it came time to unscrew the nut, I managed to put enough force on the screw to break it in half. This was purely my mistake. 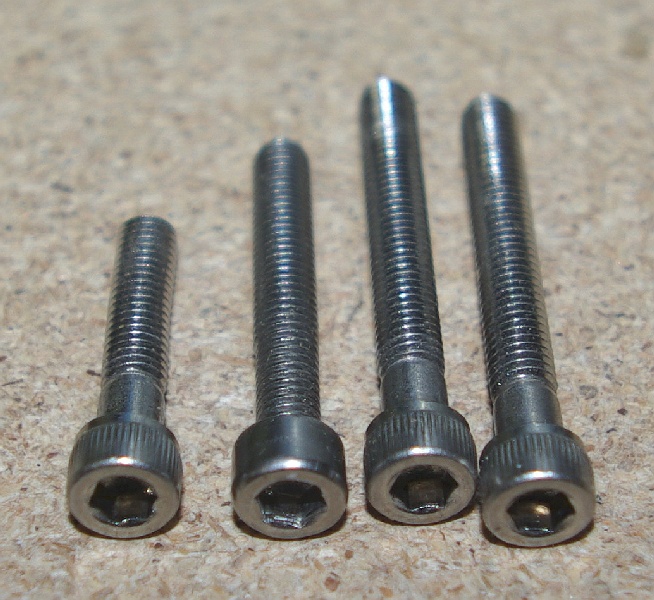 Since I had to go to the hardware store anyway to get a replacement screw and nut, I picked up a 2 3/8” hole saw to make a proper hole. I also discovered that while Lowe's has quite a collection of different screws, 10-32 wasn't one of the options. Instead, I picked up some 1 1/2” 10-24 standard head screws and corresponding nuts. (For those who don't follow these details: the “10” is the diameter of the screw; the “-32” or “-24” identifies the number of threads per inch.)

The brass compression rings were something about which I have read, but not ever seen before. In the pictures, you can see the ring, which is a piece of brass that goes around the inside diameter of the drawtube and 2” to 1 1/4” adapter. When you tighten the set screw, it presses the brass compression ring tightly around the eyepiece, providing a strong grip without the marks left by a steel set screw. This is very elegant, and I am very glad I spent the extra $40 on this.

Finally, I was able to get everything installed and moving smoothly. It now makes the rest of the telescope look like it was built by cavemen, and thus encourages me to work on a new tube, a proper mirror cell, and a smaller diagonal mirror. 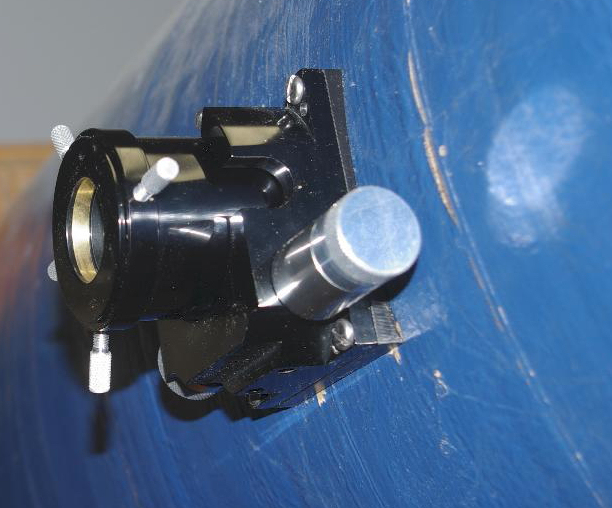 There is one aspect of the CR2 that is less than optimal. The screws and nuts that came with it should be a flat black anodized surface. Yes, I will go in and paint the exposed parts on the inside of the tube with flat black, but black fasteners are available, and would be a improvement in both functionality and, in my estimation, in appearance on the outside.

The other surprise was that since the CR2 is a beautifully machined and anodized piece of aluminum, why is the tube adapter made of Delrin ( a very hard, very machinable plastic)? Don't get me wrong: I think very highly of Delrin, and I use it for a number of the products that I manufacture. The dull finish of Delrin, however, really doesn't look so wonderful next to the very beautiful finish of the CR2.

I am sorely tempting to do likewise with the 1 1/4” focuser on my 8” f/7 Newtonian—and perhaps my Photon Instruments 5” refractor, both of which need the finer focuser of the CR2.
Comments (0)