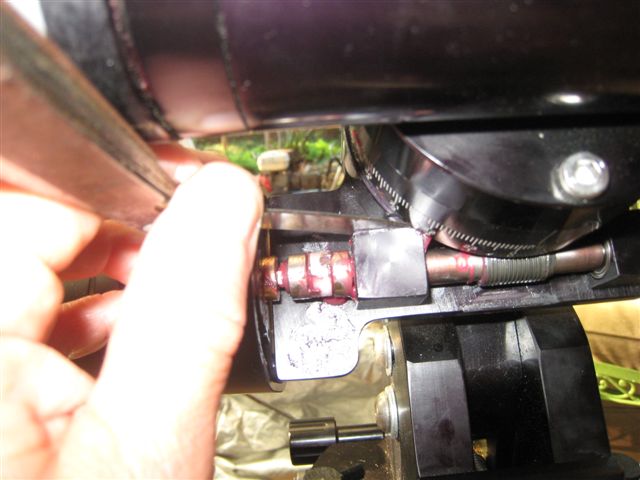 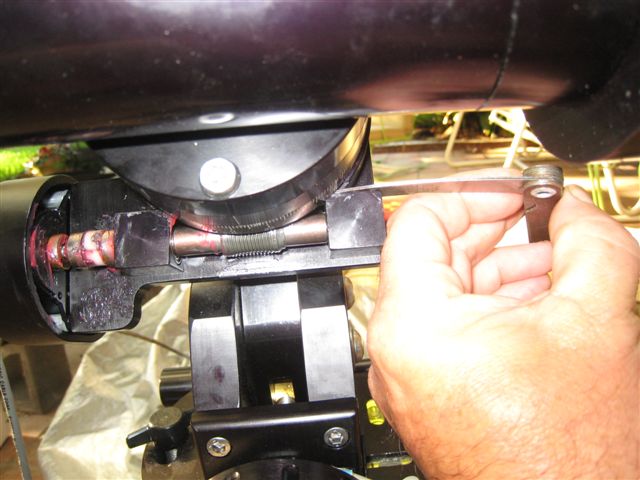 Do this on both sides. Loosen up the set screws on motor side of the odem coupler check that you can turn the worm easily with your fingers.

The point to start out with: loosen both Alan screws and push the blocks as close to the mount gear as possible and re-tighten. Check the Gap and make equal on both sides. If this is too tight to turn the worm with your fingers add 2 thousands to the gap and retighten. Do the cold start on the Gemini and build a model of four, five stars and see if you get any motor Losmandy worm Backlash adjustment
lagging signals. If so increase the gap by another 2 thousands.

As can be seen in the photo the blocks are almost perfectly parallel to the worm as well to the transmission shaft and also the motor shaft!. I.e. holding the cover against the worm blocks and there is no gap between them. Also the end of the outside block is flush with the mount.

The clearance on my G. 11 was 6 thousands of an inch on both the RA and declamation. When I went and performed the cold start procedure. I got no lagging messages.

I also applied some grease to the Odem coupling, which smooths it out tremendously. I think that it is very important to have the motor shaft, transmission shaft, and the worm as much parallel as possible. The grease that I used is mobile one synthetic which has a high temperature rating, and therefore will stay where it is put, hopefully!