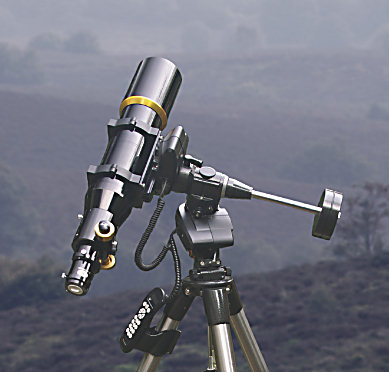 Most of us are familiar with the outstanding mechanical and optical quality of WO telescopes, but some things can’t be emphasized enough. Looking at the beautiful mechanics is half the fun and feeling the smoothness of the Crayford with two speed focuser will even add some more joy. Since the introduction of the WO telescopes, more and more companies make instruments with the same basic features. Which is good development for the astronomy community. The rotating focuser and retractable dew cap worked just fine; don’t see these things as luxury, because they are very useful in practice. The revolving focuser will allow a comfortable position at the eyepiece at all times, especially if the Zenithstar is put on an equatorial mount. The sliding dew shield makes a shorter and therefore compact telescope; many airlines will accept the Zenithstar as carry-on luggage.

As mentioned, the ZS 110 has a triplet air spaced objective, designed by TMB. As for many of us, APO is a magic word, but a telescope needs more then a good ED glass to give superb images. The common characterization of an apochromat is that is has three color crossings in the blue, green and red; you can call this a ‘commercial’ definition, because that’s what the customers want. But, for an optical designer this is just one of the definitions that makes a real apochromat. This is not a topic to discuss in this review, but it’s good to realize that making a good apochromat means more than eliminating false colours. WO uses their famous STM coating (Super Transmission Coating) on the ZS 110; the coating is applied to all surfaces, so the triplet is fully multi-coated. A good coating will increase light transmission and prevents unwanted reflections on the lens surfaces; WO’s STM-coating is a state of the art multi transmission coating that will redirect all the reluctant photons. Ghosting is not a problem since there are 6 baffles, painted black to kill the photons who are of the beaten optical path.

With an apochromatic telescope, clear skies and Jupiter in the south, the Zenithstar’s first goal was an obvious one! After a decent cool-down period we aimed at the big planet and waited for those fleeting moments of good seeing. Despite its low altitude we could see many features on the planet; Jupiter showed his pale-yellow disk and no chromatic aberration whatsoever. We were able to spot gaps, streaks, ovals and sections in the NEB and SEB and also the well-known ‘curling’ festoons. Different magnifications were used (between 110 and 192x) but we didn’t need very high magnifications to see structures in the belts. The ZS 110 gives very sharp images and even at 110x we spotted many details. At moments of good seeing (lasting only a few seconds) some of Jupiter’s colours were visible; white (ovals and EZ) brown (the main belts) yellow (zones) and grey (NPR and SPR) Our first look at the moon through the ZS 110 produced a big WOW! Again, no sign of CA, very good contrast and inky black shadows at the terminator.

Saturn was really amazing! We could follow the cassini division without any problems, despite the fact that the rings are more closed now. We also observed the difficult SPB and used a magnification of 256x (6mm TMB/Burgess and Barlow) After five nights of observing we came to the conclusion that the Zenithstar 110 is a perfect instrument for planetary observers; in case of this telescope 110 mm of aperture is enough for spotting fine details when seeing conditions are good. 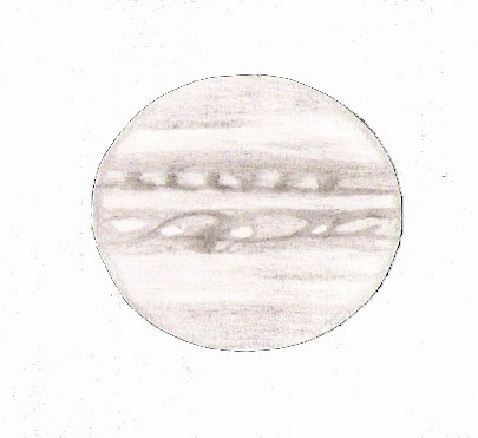 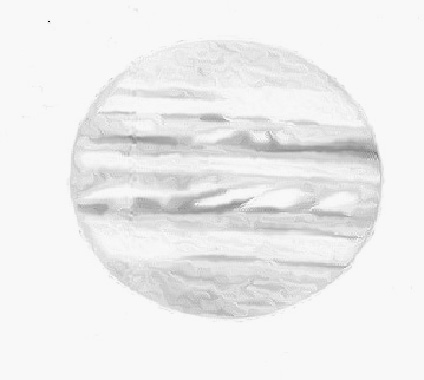 Two drawings of Jupiter, made by Fred with the ZS 110 triplet APO. Magnifications between 110x en 192x were used. The observations took place on the 10th and 17th of june, 2006; seeing conditions were good, even with Jupiter’s low altitude

The ZS 110 has a focal ratio of F/7 and this value makes it a perfect scope for deepsky objects. Our first goal was to observe some globular clusters, using a UWAN 7; we let them drift through the field of view and watched closely as they approached the edge of the field. We could not detect any merging at all; stars on the edge of the globulars looked like pinpoints. No blurry stars caused by aberrations could be detected. The other UWANs also performed very well, so we used them on several DSO’s. The focal ratio of F/7 will give the observer some of the wide fields as seen through faster telescopes. For instance, with a SWAN 33 we framed the Veil nebula, looked at the North America nebula and enjoyed the nebulae around Gamma Cygni. We also hunted down some planetaries in Cygnus and Aquila, using high magnifications to detect the smaller (star like) ones. The two speed focuser did a fine job here; its usability increases when magnifications gets higher. We didn’t use the fine focuser at low magnifications, because there was no real improvement over the conventional Crayford focuser. Using the fine focuser at high powers is was a delight and objects appeared sharp in just a second; no need for moving the focuser back and forth. 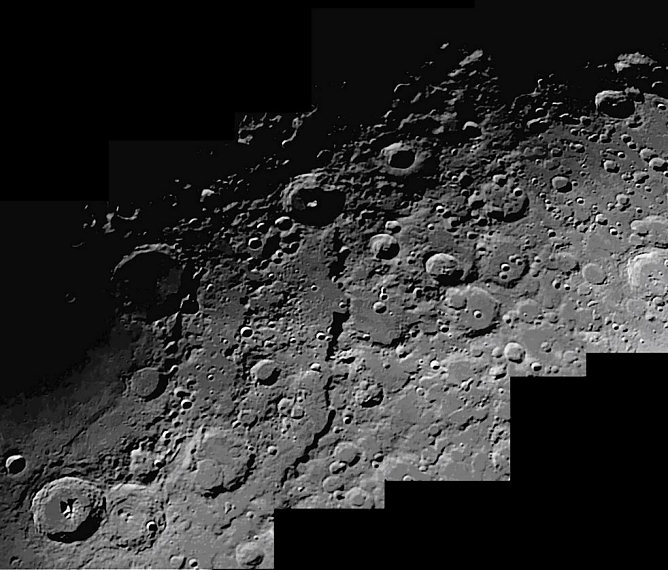 Of course, we did a star test also… But, bear in mind that a star test is a very sensitive test! Sometimes aberrations seen in the test are not degrading the image quality at all. It is a good method, but you’ll need some practice to interpret the results in the right way. The rings were almost identical on either side of focus and collimation was perfect. Stars snapped into focus at all powers and the brightest ones showed nice airy disks during steady moments. 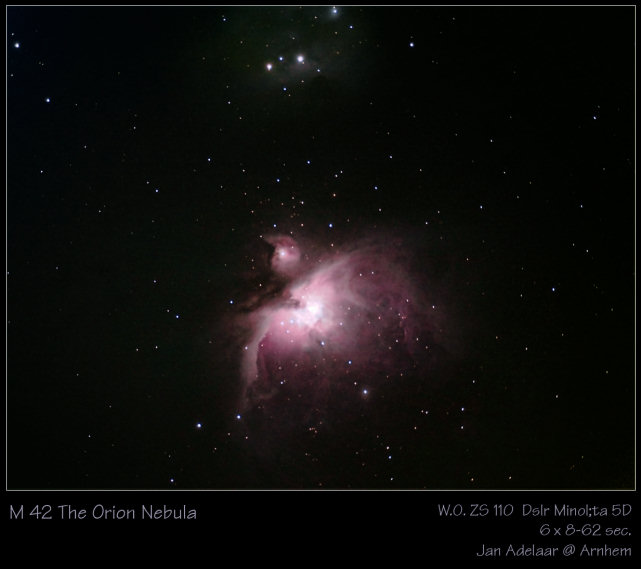 We had a lot of fun with the Zenithstar 110 triplet APO (and that’s what astronomy is all about!) This scope will give you detailed views of the planets, without any chromatic aberration; the absence of false colours provides sharp images and high contrast. Deepsky objects are also splendid targets; you can have wide fields of view or look at objects in detail. This Black Lady is something to keep in mind if you are looking for a portable apochromat!