I just picked this up and am still pretty ignorant on Cave's.
It has a lot of original paperwork, including accessories and original order form, catalog, manual, etc. so here goes...

The basic scope is definately a Cave Astrola 6" Student Deluxe.
The pier top is black cracckle finish like the 6" model A Standard.

This one has 6" setting circles (black with white highlight engraved markings)that were only offered on the Model A's. Actually, the 6" circles on the model A's appear
polished, not black, from what I can see. The Magnusson setting circles used by Cave appear to be slightly different from what I have.
The DEC setting circle is at the top of the shaft, with pointer. There is no mounting hole for a pointer at the bottom of the housing.
The original Magnussons were mounted at the bottom. An interesting side note;
I have a 1950's 8" Magnusson telescope and of all things to be missing, it has no setting circles!

It has an 8X50 finder that was only offered on the Model A's. Note the emblem on the finder. I'm not sure what the emblem is, a monogram of some kind?

The focuser is a special offering by Cave. The Carle Photo-Visual Helical Focuser, alignment cap, and camera adaptor. I've included a picture of the front page addendum
for this focuser. It has a strange little set screw, that requires a micro screwdriver, and it has a mini spring loaded ball tip that contacts the ep or adapter.

The Bushnell camera adapter had to be bought sepperately. 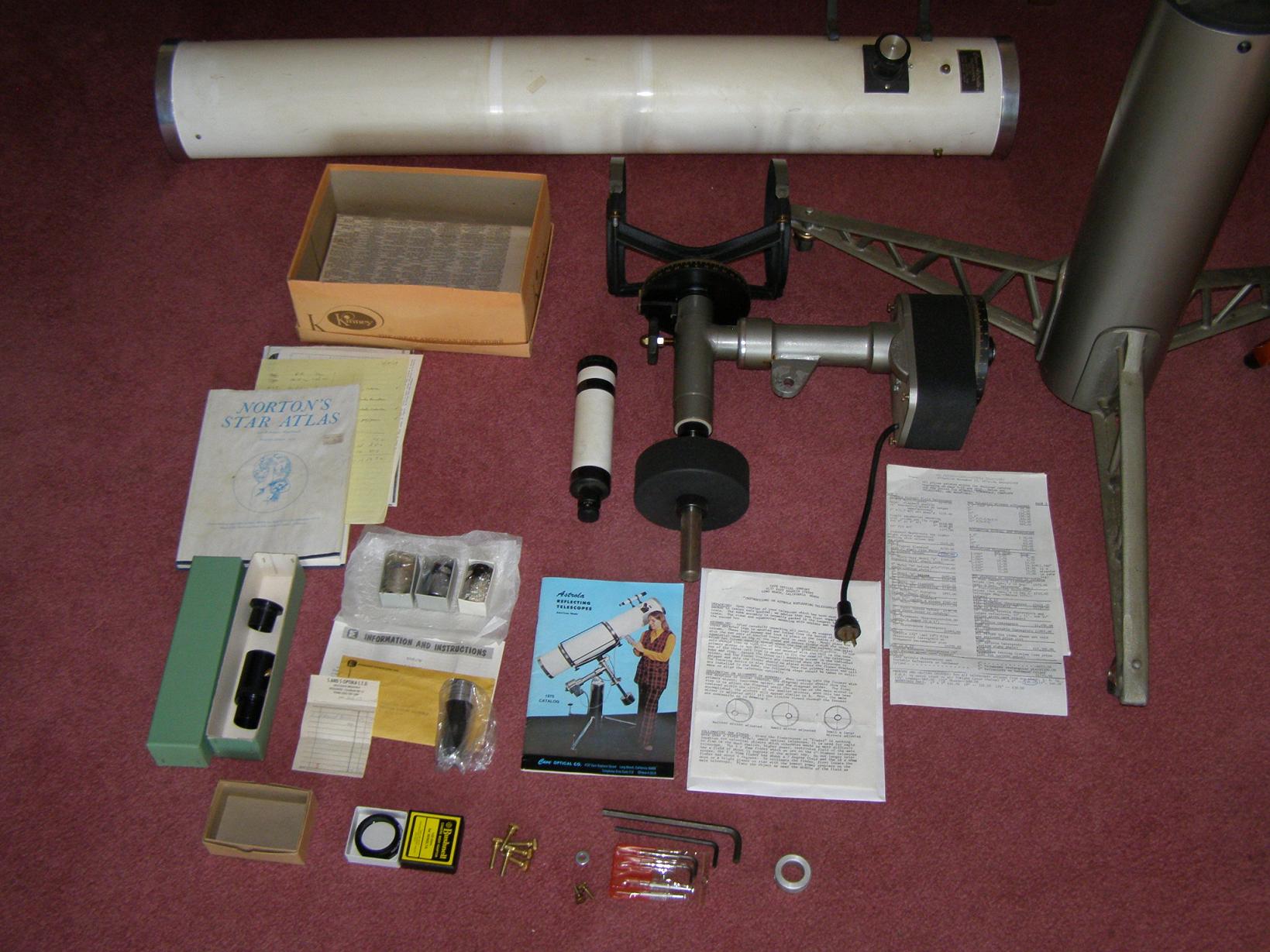 The scope belonged to a smoker. The OTA is covered in brownish residue, but cleans up good with soap and water. The mirrors are covered with residue
to the point of me noticing that the primary looked dimmed like it had a light ND filter over it. The primary is PANCRO and has other writing on it.
I have not removed the primary yet. The coatings look good aside from the film.
The OTA has some mystery holes drilled and tapped in the retaining rings area. Everything seems to work OK.
The slip clutch is a little stiff, probably from smoker deposits if anything.

Any cave men or cave women that know anything particular, or anything to check, please let me know. 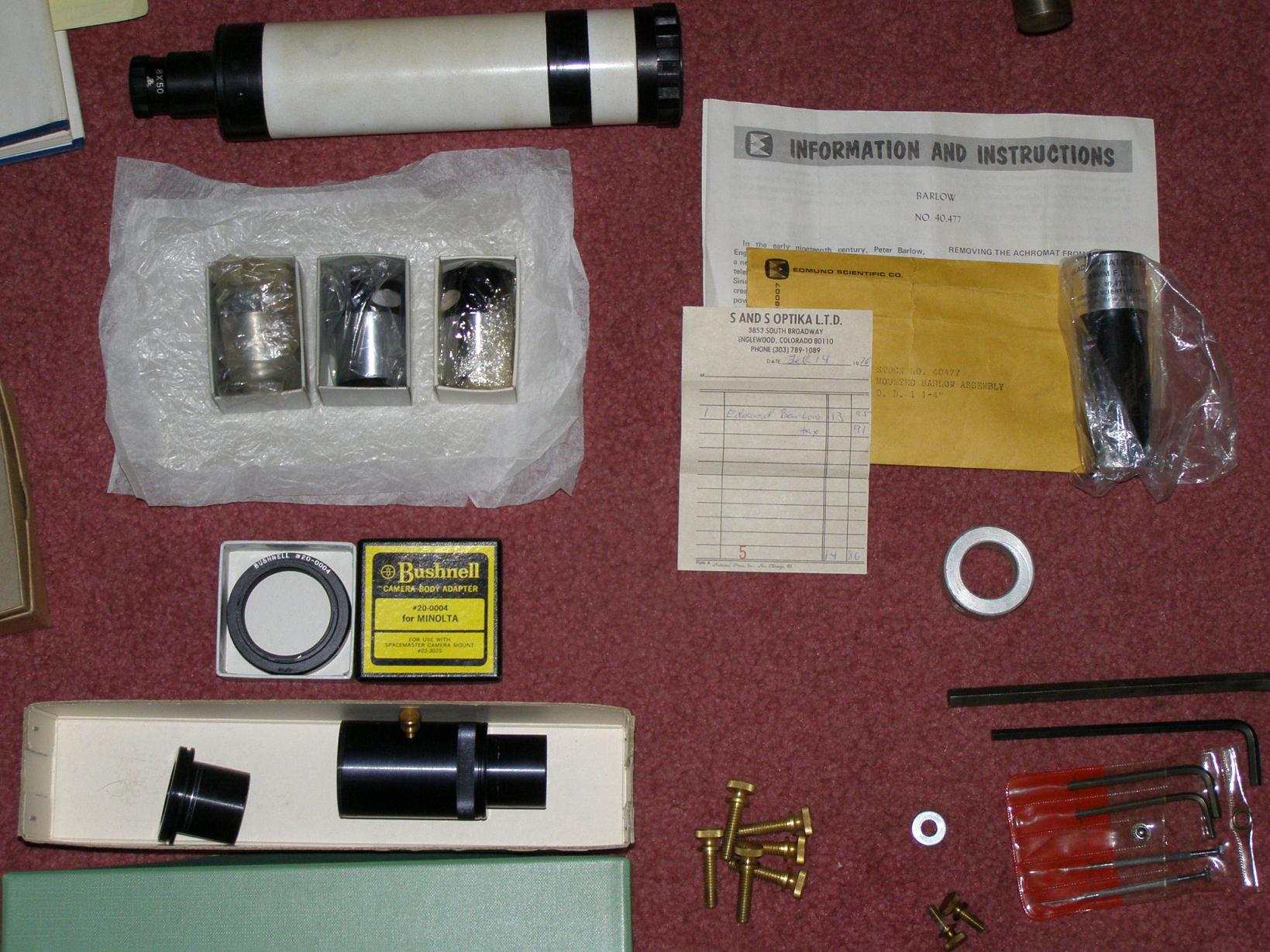