If It's Supernatural It Isn't Science 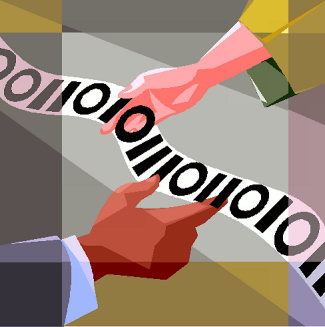 "National media attention focused on suburban Cobb County, Ga., last week as a federal court heard constitutional challenges to a school district policy requiring that a biology textbook carry this disclaimer: "Evolution is a theory, not a fact, regarding the origin of living things. This material should be approached with an open mind, studied carefully, and critically considered."

Plaintiffs complain that the disclaimer, which is similar to others popping up in school districts from Alabama to Wisconsin, violates the separation of church and state. But scientists themselves call evolution a theory. Why can't a school district?

Typically, when scientists refer to the "theory" of evolution, they mean what's called Darwinism, the specific concept of evolution by natural selection — survival of the fittest — or its synthesis with modern genetics. By contrast, the big picture of evolution — the concept that one species descended from another — is considered by many scientists to be a fact. Even biochemist Michael J. Behe, whose popular 1996 book, "Darwin's Black Box," helped reawaken public opposition to Darwinism, accepts that explanation for the origin of species. Yet the question remains: Why should scientists object to a school district describing Darwinism as a theory when they do so themselves?

In part it is a matter of semantics. Cobb County is a bedroom community for Atlanta, the home of Coca-Cola. Many residents use the word "Coke" generally to refer to all colas and specifically to mean their local brew. They certainly know the difference between the two uses, especially if given a Pepsi when they ask for Coke. Similarly, the word "theory" has a popular meaning, which is roughly equivalent to "hypothesis" or "educated guess" or even "hunch."

Scientists typically mean something much more specific when they use the word. In science, a "fact" is an observation repeatedly and consistently confirmed, while a "theory" is a well-substantiated naturalistic explanation for a related set of facts or observations.

Science has many such theories. Physicists talk about the theory of relativity; geologists, the theory of plate tectonics; astronomers, the big bang theory. These theories are not mere hypotheses or educated guesses, but rather the very superstructure of modern science. Among all these theories, why should school boards flag only the theory of evolution? Textbooks could warn that every scientific theory "should be approached with an open mind, studied carefully, and critically considered."

Theories can fall, of course. In astronomy, the big bang theory (which posits an ever-expanding universe) replaced the steady-state theory in the last generation, for instance. A reigning scientific theory is simply the best current naturalistic explanation for some physical phenomenon.

For most of evolution's critics, therein lies the rub: The norms of science call upon scientists to account for physical phenomena in terms of natural — repeatable, observable, testable — causes. Even if God specifically created the first humans in his image in a one-time event, that could not be a naturalistic explanation for our existence. It might be true, but it cannot be science. It's supernatural, not natural.

Mixing scientific and religious explanations for origins in a classroom is a bit like mixing apples and oranges in a bowl. It can be done, but they're still different fruits. Consider recent trends in medical education to incorporate some discussion of the healing power of prayer into the curriculum. In most cases, this involves alerting medical students to evidence that prayer can give patients psychological strength to battle disease, not teaching them how to invoke God's help to heal patients miraculously — or undermining theories of natural causation in medicine. As far as I know, neither God's judgment nor demon possession is presented as sources of illness in licensed medical schools. We expect our physicians to learn the germ theory of disease, not faith healing.

Similarly, the educational effect of teaching evolution as a theory depends on how it's done. If students learn to understand a theory as scientists do, then they may better appreciate the nature, power and limits of evolutionary science as a developing tool for understanding life. But if they are allowed to conclude that the theory of evolution is little more than Darwin's best guess on the origin of species, then science education is gravely undermined. And if the idea is to promote a religious explanation for origins over a scientific one, then the mix of apples and oranges violates the separation of church and state.

A federal judge will soon decide this last issue for Cobb County. My theory is that the disclaimer will fall — but that's only my educated guess, not a scientific conclusion. "

Article by Edward J. Larson, Further credit for this article goes to Los Angeles Times - 11/24/2004 and is re-printed here in accordance with Title 17 U.S.C. Section 107