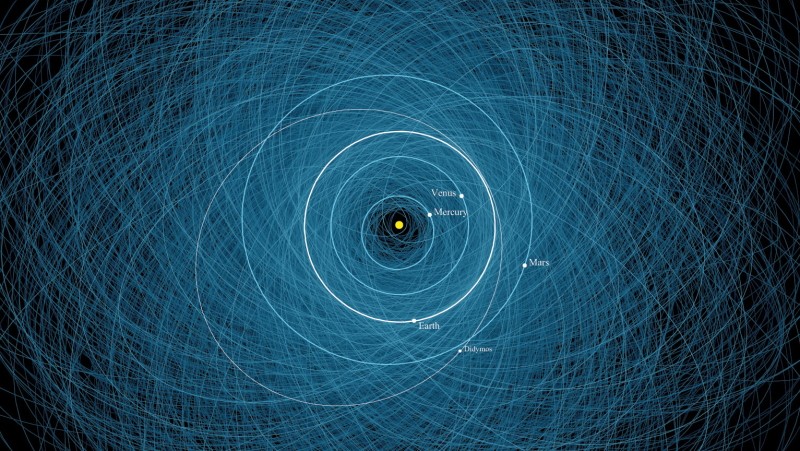 Near-Earth Objects (NEOs) are comets and asteroids that have been nudged by the gravitational attraction of nearby planets into orbits that allow them to enter the Earth’s neighborhood. Composed mostly of water ice with embedded dust particles, comets originally formed in the cold outer planetary system while most of the rocky asteroids formed in the warmer inner solar system between the orbits of Mars and Jupiter. To date, nearly 28,000 Near-Earth Asteroids (NEAs) have been found by survey telescopes that continually scan the night sky, adding new discoveries at a rate of about 3000 per year. But as larger and more advanced survey telescopes turbo-charge the search over the next few years, a rapid uptick in discoveries is expected. In anticipation of this increase, NASA astronomers have developed a next-generation impact monitoring algorithm called Sentry-II to better evaluate NEA impact probabilities.